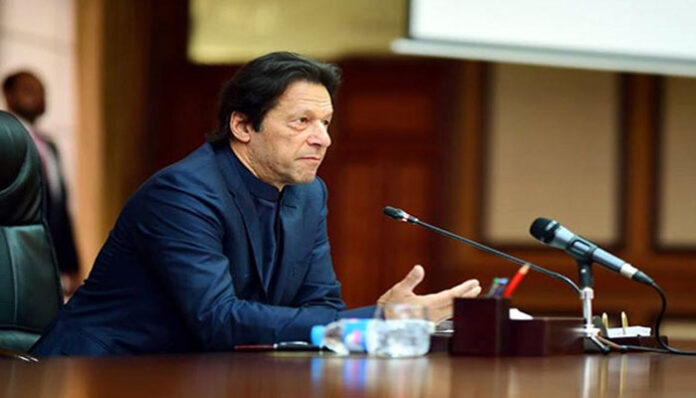 ISLAMABAD: Prime Minister Imran Khan on Monday decided to introduce a relief package of Rs15 billion for utility stores to tackle rising inflation and provide aid to the poor sections of society.

The decision was taken during a meeting of the government’s economic team chaired by the premier. It was decided that the relief will be provided on food items through utility stores while the administration will monitor the food prices at the district level.

The meeting also decided to open 50,000 more utility retail stores across the country. The relief package for food items would be limited to the utility stores only and no plan has been devised to subsidies the commodities’ prices at private stores.

To set up utility stores, a loan worth Rs500,000 would be provided as part of the Kamyab Jawan Programme. In the initial phase, the government plans to establish 1500 such stores.

He also vowed to take stern action against hoarders and profiteers.

Inflation rate was clocked in at 14.6 per cent in January from 12.6pc of the previous month, scaling the highest level in 12 years, the Pakistan Bureau of Statistics (PBS) reported.

Inflation, measured by the Consumer Price Index (CPI), edged up 1.97pc over the previous month. Last time, the highest inflation in the country was recorded at 17pc in the year 2007-08.

The data released shows that higher food prices, particularly of wheat and flour, pulses, sugar, gurr and edible oil, were the largest driver of overall inflation in January.

It was also observed that the prices of essential food items, especially vegetable and fruits, are higher in rural areas than in urban areas. In rural areas, the prices of LPG cylinders used for cooking purpose have also witnessed highest ever increase since 2013.

Food inflation in urban areas rose by 19.5pc in January on a yearly basis and 2.7pc on a monthly basis whereas it increased by 23.8pc and 3.4pc, respectively, in rural areas. It clearly shows that food inflation is very high in rural areas where most of the population lives, which is an unprecedented phenomenon.

On the flipside, items whose prices declined in urban areas include: onion 18.37pc, tomato 8.36pc and potato 3.69pc.

With the arrival of crops, especially vegetables, in Punjab, it is predicted that the prices of tomato, onion and potato and other vegetables will come down in February and March.

Similarly, non-food inflation in urban centres was recorded at 10.2pc year-on-year, while it was 10.5pc in rural areas. The rise in non-food inflation is mainly driven by an increase in oil prices over the past few months and a combined impact of depreciation of the exchange rate. The government passed on this increase to domestic consumers.

The International Monetary Fund has estimated that the country’s inflation may rise as high as 13pc, but the government estimates that it will remain within the range of 11-13pc for the current fiscal year.