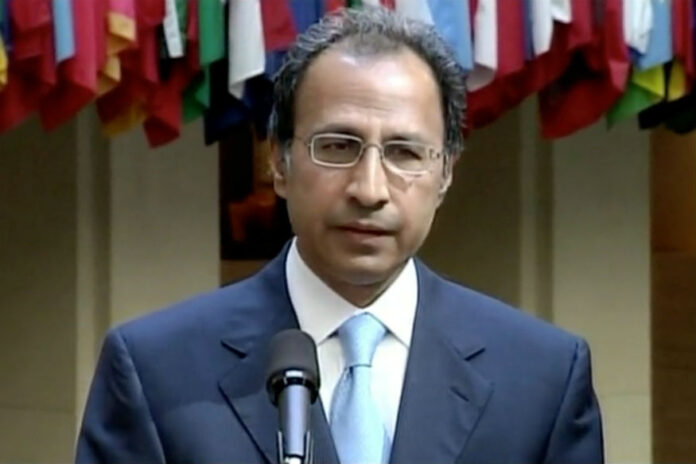 ISLAMABAD: Adviser to Prime Minister on Finance Abdul Hafeez Sheikh has said that economy has stabilised as a result of historic steps taken by the present government.

Speaking on a motion regarding economic condition in the National Assembly on Wednesday, he said the confidence of the world stands restored in Pakistan. World institutions including the IMF, Bloomberg, World Bank, Asian Development Bank and Moody’s are recognising government’s economic performance. The adviser said the stock exchange stands stabilsed and exports are increasing which witnessed zero growth during the five year of the previous government.

The adviser said the government is not only focusing to enhance tax collection but also non tax revenue. He said we have targeted to fetch one thousand and five hundred billion rupees through non tax revenue during the current fiscal year. Hafeez Sheikh said the foreign direct investment has doubled whilst the portfolio investment has fetched three billion dollars in the first seven months of the current fiscal year. He said tourism has also doubled during this period. The adviser on finance said despite constraints, a serious effort is being made to bring down the prices of essential commodities. He expressed the confidence that the inflation will come down in next one to two months.

A big relief package has been announced through the Utility Stores Corporation to provide essential items such as flour, rice, pulses and sugar to the people at discounted rates. He said we are planning to enhance the network of utility stores from four thousand to six thousand in the next few months.

The adviser said that a ration scheme will also be launched before Ramadan under which the deserving people will be provided with essential items at 25 percent reduced rates through the utility stores. Hafeez Sheikh said the government has increased the funding for social safety nets from Rs 100 billion  to Rs 192 billion , which is an unprecedented increase.

He said steps such as tightening monetary policy and non-borrowing from State Bank of Pakistan have been taken to keep the prices under check. Hafeez Sheikh said 72 percent consumers are getting subsidized power including the exporters and those consuming less than three hundred units. He said we are also trying to check power pilferage to reduce the prices of power.  He said the circular debt was increasing Rs 38 billion on monthly basis and we have brought it down to Rs 12 billion.

The adviser also rejected the impression that auto sale is on the decline. He said different companies have registered increase in the sale of their vehicles. The adviser reminded that the country was at the verge of bankruptcy when the present government assumed power.

The adviser said the bilateral assistance from the friendly countries amounting to eight billion dollars and the IMF financing of six billion dollars on easy terms as well reduction in our expenditures helped avert the crisis.