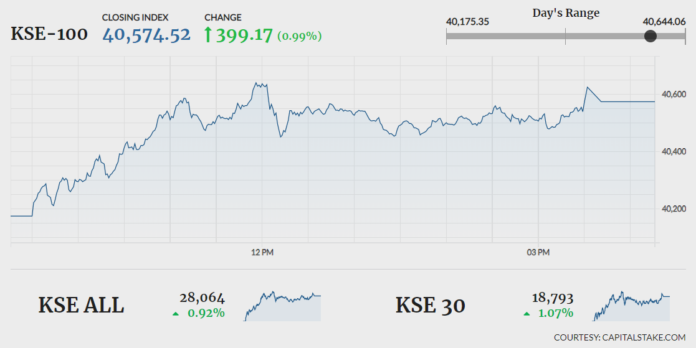 KARACHI: The Pakistan Stock Exchange (PSX) turned around its fortunes on Wednesday as the indices recovered losses made in the previous session and closed in the green.

Foreign investors also gave up on the selling trend and closed Tuesday’s session as net buyers, with a net inflow of $0.671 million.

On the economic front, foreign direct investment in the country has surged by 65.7pc to $1.56 billion in the first seven months of the current fiscal year, as compared to $943.6 million received during the same period of last year. On a month-on-month basis, FDI increased 52pc to $223.1 million in January 2020 as compared to $146.8 million in Jan 2019.

On the market front, Indus Motor Company Limited (INDU -1.55pc) declared a 46.9pc decline in its revenue for the second quarter of FY20. The company’s gross profit margins shrunk from 12.2pc in 2QFY19 to 7.97pc in 2QFY20. It posted a cumulative earnings per share of Rs29.32 for the period under review.