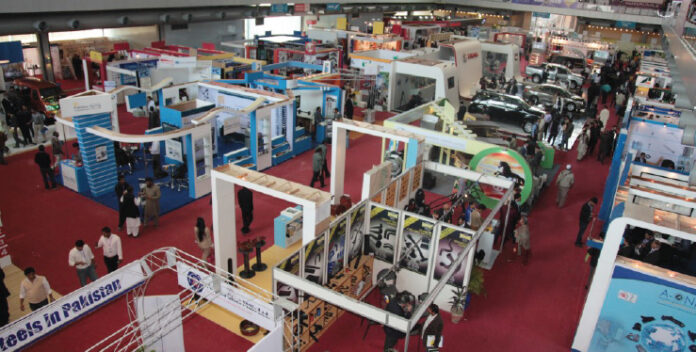 LAHORE: The three-day Pakistan Auto Show 2020 (PAS20) kicked off at the Lahore’s Expo Centre on Friday, attracting more than 25,000 visitors on the first day.

Around 110 exhibitors are participating in the auto show that is being organized by the Pakistan Association of Automotive Parts and Accessories Manufacturers (PAAPAM) under the theme ‘MADE IN PAKISTAN’. It is being sponsored by Honda, Suzuki, Hyundai, Changan and Millat Tractors.

The local and global buyers also visited different stalls that were set up by renowned companies from Japan, Germany, Korea, China, France, Turkey, Thailand, Taiwan, England, the USA, the UAE, and Sri Lanka.

A key attraction for the visitors was antique cars and heavy motorbikes.

“This show has been sponsored to promote the efforts of vendors and small medium enterprisers as PAAPAM is representing over 3,000 large, medium and small industries from all over Pakistan,” Rana said and added that the exhibition would portray local technology and products.

He said the auto show would also provide an opportunity to all those who wanted to invest in Pakistani sector.

“They will get an idea of what is available in the local market in terms of automotive parts. Many foreign manufacturers of spare parts have come to this auto show to have a clear idea as what types of spare parts they can produce in Pakistan.”

Rana further added: “One of our objectives is that foreign manufacturers could secure orders of Pakistani made products, while local industry could get an idea of international requirements to create space in the international auto market.”

The companies like Hyundai had displayed their recently launched cars in this show, he added.

The automobile industry has been facing a decline in Pakistan as car prices remained unstable during 2019.

In addition to interest rate of 13.25pc, the industry is facing an adverse impact of the Federal Excise Duty (FED) and additional customs duty imposed in the current ﬁscal year.

In a statement, PAAPAM Chairman Captain (retired) Muhammad Akram said the implementation of stringent policies and monitoring by the government would ensure that only overseas Pakistanis could benefit from the used-car import scheme.

“The international auto companies should invest more in Pakistan’s auto industry and transfer technologies for the uplift of local auto sector.”