PM vows not to burden consumers with higher utility bills 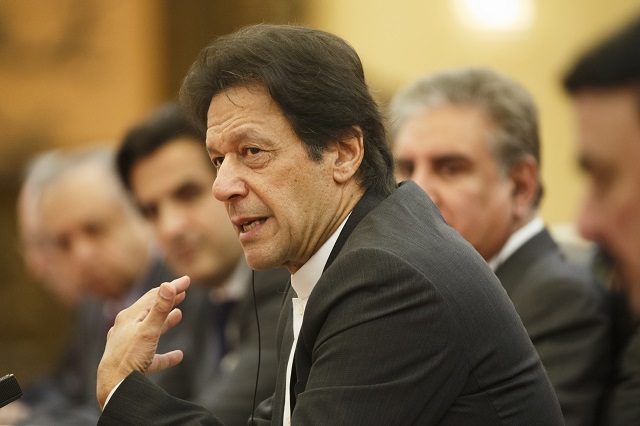 ISLAMABAD: Prime Minister Imran Khan on Tuesday reiterated the government’s firm resolve for not burdening the consumers with increased utility bills by keeping the electricity and gas tariffs stable through out-of-box methods.

Briefing the media about the decisions of the federal cabinet, Special Assistant to Prime Minister on Information and Broadcasting Dr Firdous Ashiq Awan said that the previous governments adopted anti-people policies by not passing on the power and gas generation cost to the consumers. Moreover, the Pakistan Muslim League-Nawaz (PML-N) regime did not increase the tariffs in the wake of Panama Papers case and 2018 for being the election year, she added.

The prime minister, while chairing the cabinet meeting, advised the Ministry of Energy not to offset the power and gas generation cost by increasing their tariffs and instead find a way out by preparing a mechanism to revamp the obsolete structure of power sector, she added.

Dr Firdous said that the cabinet deliberated on the challenges related to the transmission lines, which could not bear the load of over 18,000MW, whereas in summer demands crossed 26,000MW, causing disruption in the power distribution system.

Moreover, the cabinet expressed the determination to hold the power pilferers accountable, besides the use of the latest digital technology to control line losses and theft. It was informed that some 58,387 FIRs [First Information Report] were registered against the power thieves in 2019.

The SAPM said that the subsidised rate of Rs5.35 per unit for the agriculture sector and for consumers using less than 300 units would continue as Rs162 billion had been allocated in the budget for the purpose.

She said that Special Assistant to Prime Minister on Poverty Alleviation and Social Safety Dr Sania Nishtar briefed the cabinet about five pro-poor programmes launched under the PM’s Ehsaas Programme. The patronisation of poor segments of the society by the government was a step towards the realisation of the dream of the state of Medina, she added.

Dr Firdous said that Minister for Education and Technical Training Shafqat Mehmood presented the Pakistan National Education Plan 2020, which was approved by the cabinet after a thorough debate. A unified curriculum would be introduced in all the educational institutional institutions, including religious seminaries whose students would be brought to the mainstream by providing them with modern education facilities, she added.

Comprehensive education policy would be prepared to enrol 22 million out of school children, she further said.

The special assistant said that the curriculum for grades one to five had been sent to National Curriculum Council whereas that of grades six to eight had been prepared, which would be presented at a national conference next month for approval.

Under the new educational policy, she said, mother languages would also be integrated into the curriculum. After 70 years, the students of Daras-e-Nizami would also benefit from information technology, she added.

She said that under the Hunarmand Pakistan Programme, 170,000 students would be empowered through technical training as industries, and small and medium enterprises would be involved in the youth’s career counselling process.

Dr Firdous said that the government had decided to announce about 50,000 scholarships for the undergraduates.

In the context of Justice Qazi Faez Isa’s case, she said, the prime minister expressed complete support for Law Minister Dr Farogh Naseem and appreciated his services while assuring him that the government fully backs his steps in the constitutional and legal ambit.

She further said that the cabinet also gave approval to the construction of high rise buildings in the surroundings of Benazir Bhutto International Airport.

Dr Firdous said that the cabinet expressed its satisfaction over United States President Donald Trump’s acknowledgement of Pakistan’s positive role in the war against terrorism, which was a victory of the country’s positive narrative and an Indian defeat.

The SAPM, in a series of tweets, said Trump’s statement was an open admission of Pakistan’s efforts for world peace. The prime minister, she said, remarked that the world leaders were acknowledging Pakistan’s positive role and stressed the need to further highlight the country’s achievements on the diplomatic front and its positive image.