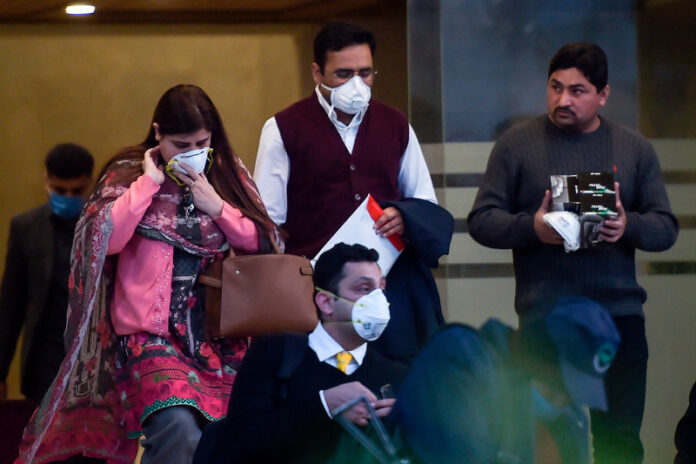 KARACHI: State Bank of Pakistan Deputy Governor Dr Murtaza Syed said on Wednesday that coronavirus was a global phenomenon which had affected many economies.

“Pakistan’s economic fundamentals, however, are strong and resilient enough to bear the shocks, unlike other countries which had been severely hit economically,” he said during an interactive session with businessmen on the impact of coronavirus on Pakistan’s economy at the Federation House.

Flanked by SBP’s senior economist Dr Zulfiqar Haider, the deputy governor said significant fall in the petroleum prices in the international market would also benefit Pakistan’s economy as it would help build foreign reserves, besides bringing down the current account deficit and inflation rate.

He said Pakistan’s supply chain with China would soon be fully restored as coronavirus cases there were coming down.

“Pakistan’s 20 to 25pc imports were from China, which included industrial inputs, machinery, equipment and consumer goods. Machinery made 60pc and raw materials 20pc of the total imports,” he added.

However, he said, there was a nominal effect on Pakistan’s exports after the spread of the virus in China as “our exports to China only constitutes ten per cent,” adding that Pakistani exporters were already looking towards African markets.

He said Pakistan could convert post-coronavirus situation into an opportunity to explore new markets for increasing exports. “We can hedge oil, buy big stocks,” he remarked.

He said this year, because of coronavirus, global economic growth was expected to be less than 3pc of last year. However, Pakistan would lose much less for the reason it was a closed economy.

To a question from FPCCI’s former vice president Engr M A Jabbar, the SBP deputy governor said the high policy (interest) rate had no link with the flight of capital. This rate was based on a forward-looking approach by SBP’s Monetary Policy Committee.

Next week, he said, the MPC in its meeting would also take up the fall of POL prices and the policy rate for the next two months would be decided accordingly.