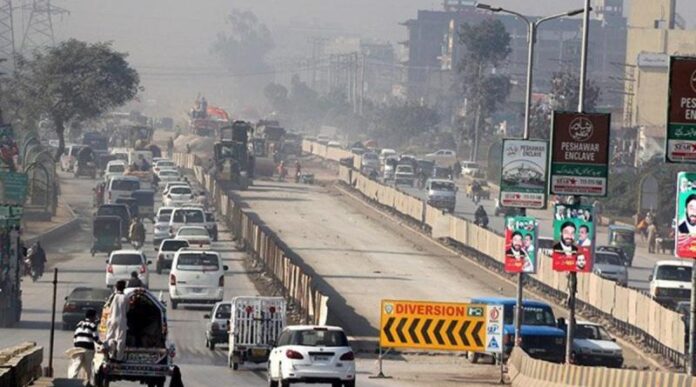 ISLAMABAD: The Supreme Court on Tuesday adjourned the hearing of the case regarding the Peshawar Bus Rapid Transit (BRT) project for one month.

During the course of proceedings, Justice Umar Ata Bandial asked how much the project cost.

Bilal Jhagra a representative of PDA said the total budget of Peshawar Metro was Rs 66.4 billion.

Justice Umar Ata Bandial said he had heard that buses at some point could not cross.

Bilal Jhagra said there was nothing like this on the ground.

Justice Bandial said the Peshawar High Court had ruled that the nation’s money was being wasted. The cost of the project had increased by Rs 17 billion, he added.

The counsel said the reason for the increase in cost was the change in Project Cycle-1 (PC-1) and the increase of the two kilometers route.

He said the PHC gave a verdict regarding a residential house situated in the route of the bus project.

The advocate general said the provincial government had responded to every observation of the high court.

Justice Umar Ata Bandial said if the court granted out of the way compensation to anyone then the whole city would file petitions.

He observed that the cost of the project had increased by 17 per cent.

Bilal Jhagra said the project was continuing according to its timeline.

Justice Umar Ata Bandial asked whether all steps of the projects were completed in accordance with the rules and regulations?

He said the court would review all the stages of the project.

Addressing Adnan Afridi, a respondent in the case Justice Umar Ata Bandial said sometimes it has to be sacrificed for the country and the nation.

He said the BRT project was nearing its completion.

Later, hearing of the case was adjourned for one month.