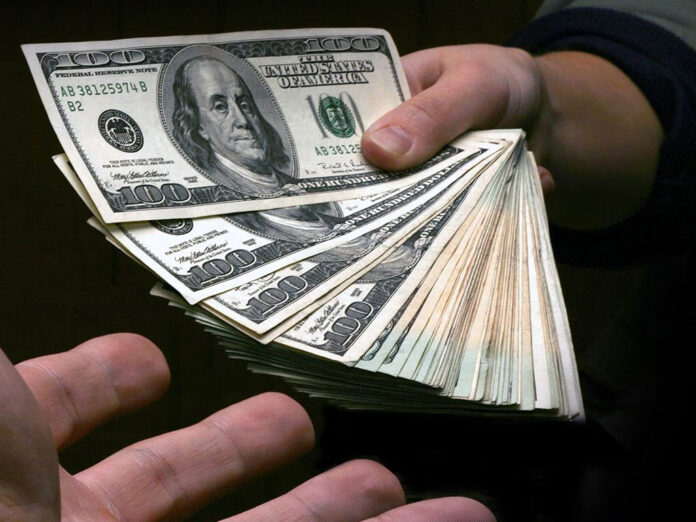 KARACHI: Total gross divestment during March 2020 has reached $995 million, according to data released by the State Bank of Pakistan (SBP), as part of the continuing trend of  ‘hot money’ leaving the country, as foreign investors seek safety elsewhere due to the COVID-19 outbreak.

Foreign investors divested $222 million net worth of treasury bills (T-bills) on March 13, as per the Special Convertible Rupee Account (SCRA), which tracks inflows and outflows from foreign countries.

The net investment in T-bills from July 2019 to date now amounts to $2.1 billion.

This gross divestment is higher than the predicted $800 million-mark of T-bill outflows last week.

This brings to an end last week’s particularly bad spell, in terms of divestment from t-bills. Foreign investors divested $166 million net worth of treasury bills (T-bills) on March 12, with total divestment at that point reaching $772 million.

The divestment on March 3 was particularly significant because it represented the first time there had been net selling in eight months.

The large outflow of dollars is also concerning, as it means they will no longer act as a cushion for SBP reserves.

However, in today’s monetary policy announcement at the State Bank, Dr Reza Baqir said globally, because of coronavirus, there has been a general ‘flight to safety’. The SBP also said that they had enough reserves of $10.6 billion to cover the magnitude of risks.

The MPC statement also said that the buffers would be more than enough to cope with any portfolio outflows in an orderly manner.