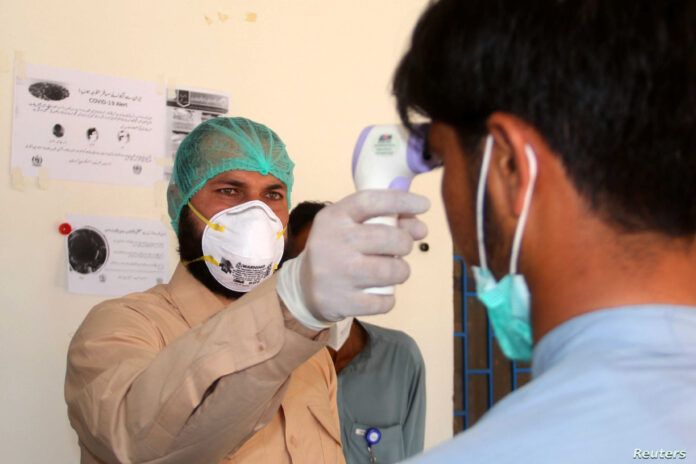 The federal government on Friday redirected $40 million non-utilised funds from World Bank projects that can be used by the federal and provincial government to battle the coronavirus, announced Minister for Economic Affairs Hammad Azhar.

According to the breakdown shared by the minister, Punjab has $7.5 million, Sindh has $10 million, Khyber Pakhtunkhwa has 7 million, Balochistan has 2 million, while the federal government has $13.5 million.

Following non utilised sums have been immediatly redirected from World Bank projects and are now cleared to be used by provinces and fed govt for Covid-19 equipment purchases and responses:

The minister said that release of funds is a part of $600 million package being arranged to fight the coronavirus in the country.

The number of COVID-19 cases in Pakistan shot up to 467 on Friday, after new cases were reported in Sindh, Punjab and Balochistan. The third death from the virus was also confirmed, in the province of Sindh. Two days earlier, Pakistan’s first two deaths were recorded in Khyber Pakhtunkhwa: a 36-year-old and a 50-year-old.

Globally, 176 countries have been affected, more than 10,000 people have died and more than 245,000 infected by the disease as it spreads rapidly to new territories. The epicentre of the outbreak has now shifted to Europe, which is recording a rapid rise in new cases every day.

On Thursday, Azhar had announced that China has provided aid worth $4m to Pakistan, alongside medical face masks and ventilators.

In a post on Twitter, Azhar expressed gratitude to China and said that the ally had provided “grant assistance of USD 4 million along with 300,000 medical face masks, 10 ventilators, and other equipment”.

“This is in addition to funds already made availaible by finance division for immediate use by authority. Reallocations from foreign-funded projects also being diverted towards it,” the federal minister wrote.

Azhar said that his own division was in the process of finalising a $600 million “emergency package” to deal with the outbreak in the country. “It includes reallocations and fresh financing. This will be in addition to local funding that is being made available,” he said.