Hoarding has been a problem in Pakistan for long, and in the world for longer. But reflecting on right and wrong might be what is necessary to fight this evil. 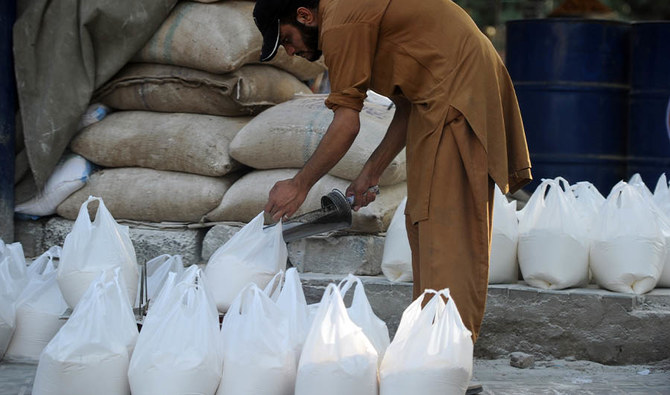 This piece will be naturally disappointing. For starters, if you came here thinking this is the ammoralist’s guide to the immoral business, it is not that, quite the opposite in fact. Far from being a hack to figuring out the lucrative business of immorality, this is going to be one of those principled articles about doing the right thing.

Believe it or not, there are still people and businesses that believe in lofty concepts such as nobility, national identity and integrity. And for those that still hold these concepts close to heart, it is important to talk about what we mean by immorality and business ethics. Because this isn’t about legality, but about principle.

To kick things off, it should be clear that an immoral business is not merely one that is considered taboo. Brothels and speakeasies are usually where our definitions of immoral businesses begin and end. And while judging the morality of a business by religious or social customs is a separate debate, in purely economic terms, an immoral business is one with any negative motives, or one that harbours people that intend to knowingly or unknowingly harm society.

Hoarding, for example, is very obviously immoral.There are no two ways about it. Yet hoarding is a casual enough practice, and one that threatens more than ever with a pandemic looming. And that is precisely the point of talking about morality in business.

Hoarding as a concept is the accumulation of a commodity or produce, with ill intentions. The ill intention in question is that someday the demand for the product will outstrip supply, leaving the hoarder with a vast repository to sell to the highest bidder.

The hoarder will justify this action to their own conscience by saying it makes logical economic and business sense since price is driven by demand. What could be immoral about that? After all, in a buyer’s market,the supplier is entitled to ask for any price.

Governments, foolishly enough and especially in the developing countries, believe that they control prices. And while official price lists are religiously displayed in every shop, they are little more than a showpiece when the actual sale is made. Officials deployed to monitor adherence to the price list easily end up as cohorts. Where that leaves us is a situation where businesses can justify hoarding to their own sensibilities and easily be able to do it because of slipping regulation standards. So why wouldn’t they? Especially when it is sanctioned by officials in every way but officially.

It takes two to tango, and immorality in any society is possible only through abetment and partnership.An individual, per se, cannot be immoral in isolation, they need a partner in crime. And to our collective misfortune, partners in crime are a dime a dozen.

The way hoarding becomes a duo job is that the manufacturers and producers find themselves in cahoots. They first vitiate the production lines and then the supply chain, to push prices upwards. All of this, of course, happens off the books. And to make themselves feel better, and perhaps a little dangerous and sexy in the process, these hoarders, society and regulators refer to these actions as “cartelisation.” But that does not change the fact that it is a simple case of hoarding.

Not only do corporations depend on forming cartels. And of course, why would this not happen on a small level when it is the way of the world? What is OPEC after all? For all intents and purposes, it is a legal charter for the blatantly immoral purpose of regulating the pumping of oil to ensure price stability that suits producers. Simultaneously, they hold great power by being able to cause havoc and upheaval in world markets by cutting back production.

Much like this global example, the construction industry’s cartelisation in our country is well known to all. They operate under the wilfully ignorant eyes of the regulators, and are only occasionally given a slap on the wrist.

This hoarding has more serious faces too. For example, if the product being hoarded is medicine, particularly life saving drugs, then it is a question of legality as much as it is of morality. When medicines are hoarded, that is when immorality is at its zenith in society and business, and we have unfortunately reached that unsettling milestone.

A friend of mine is excessively prone to anxiety and panic attacks. The friend has been prescribed by a known physician a drug, whose main ingredients are combinations from the family of benzodiazepines, and this drug is produced by a multi- national company. This drug he mentions is perennially kept in short supply, due to undeclared collaboration between distributors and pharmacies.

The objective is obvious, to keep low supply and charge sky high prices.The official price printed is less than PKR 500/- for a box of three strips, but because of the excellent relations, my friend enjoys with an unqualified, self styled, pharmacist, he is able to get his medicines for a significantly lower PKR 3000- 3500. One can only imagine how hard battling something like mental illness is without having to worry about exploitative drug prices.

One of the worst kinds of hoarding at the best of times is grains, vegetables, and meats, and will be especially felt in the current scenario..Any gains from this must be nauseating to a human with a live soul. But the fact that nobody is throwing up, means, at least, the soul has taken a flight to its noble Origin and End. No gains satiate the greed of hoarders. And if a plea to humanity does not work, perhaps one citing God might just. I would remind hoarder that it is with deep anguish and consternation that I have restrained myself from quoting the Quran and the many injunctions on hoarding and hoarders, mentioned therein.

All things thus considered, is it then moral for businesses to take future contracts for making profits, and then to ask for relief for the losses, due to price movements? It is a cause of anguish when a wrong business decision is compensated by taxpayers.

Even seemingly simple things like lawn clothes, there is an element of hoarding for the in- print material. The most exquisite prints are either reserved for the privileged at the stated price or are sold at skyrocketing prices to those who are not connected with the owner/ shopkeeper. Isn’t this also hoarding? And doesn’t that make it immoral?

We, as a society, are possessed by the demon of greediness, and have lost the tastefulness of life. Greed is a compound of all evils. In this time of pandemic that we are wading through, some have made handsome profits by black marketing hoarded sanitisers, tissue paper boxes, toilet rolls, masks, surgical gloves, etc. Shockingly, I read that in the small city of Haiel, in Saudi Arabia, a shop was raided and the authorities recovered masks, numbering 1.7 million. That number in a single shop! At the same time, consumers have been no better, panic buying and hoarding far more than they need. It seems there is no shortage of partners in crime, and no realisation of the crime either.

Sirajuddin Aziz
The writer is a freelance columnist.