Oil crash means more misery ahead for US shale producers 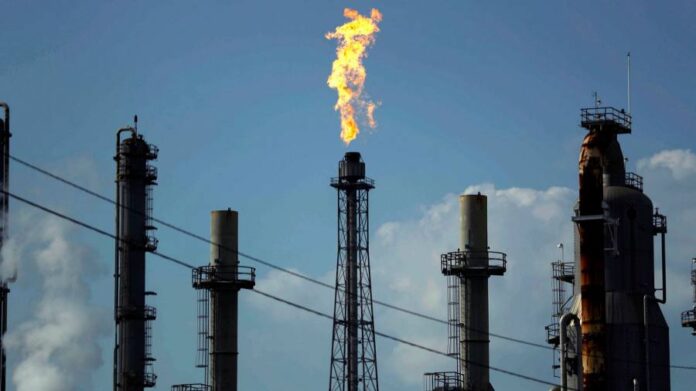 An unprecedented crash in oil prices is adding pressure to already stressed US producers, threatening key shale regions and putting vulnerable companies at risk of going under.

A day after US oil futures closed in negative territory for the first time ever, US President Donald Trump on Tuesday ordered his administration to come up with a plan to aid embattled producers, saying on Twitter, “We will never let the great U.S. Oil & Gas Industry down.” But it was unclear exactly what further steps were available to Trump — who has already announced plans to buy oil off the glutted market to fill the US Strategic Petroleum Reserve — or whether any kind of additional aid would come in time for the industry. A proposal in Texas to mandate output cuts from producers remained in limbo after the Texas Railroad Commission Tuesday deferred a vote on the controversial measure until May, pending a review by the state’s attorney general.

The commission’s chairman, Wayne Christian, struck a defiant note at the outset of the meeting. “While this is a dark time for our energy producers and our economy, I have no doubt that once this COVID 19 is rescinded and America is back to work, a rebound will occur,” Christian said.

“This is not going to be easy and it will not happen overnight. But Texans will rebuild this industry which has quite literally changed worldwide the power dynamics that surround energy policy.”

In the meantime, “activity is in free fall in North America,” Halliburton Chief Executive Jeffrey Allen Miller said Monday as he warned of layoffs in the face of an expected 50 percent decline in capital spending on exploration and production in North America.

Larger industry players such as Exxon Mobil and Chevron have slashed their capital budgets, along with midsized players, which have also taken an axe to their corporate dividends. The most vulnerable companies, though, are smaller players who have less access to capital. Interest rates on “B” rated five-year bonds, which are investment grade, are more than 25 percent, according to a note from CFRA Research.

“I think we are going to see more Chapter 11 filings,” predicted CFRA analyst Stewart Glickman. “Who survives will be the firms with strong balance sheets. The ones that have too much debt are really going to have a problem.”

US oil’s first-ever drop into negative territory on Monday was precipitated by the imminent expiration of the May contract, which punished traders who made bad bets at a time when there is almost no available free storage in the glutted market.

US oil futures for May delivery were back in positive territory Tuesday at $4.39 a barrel. But in an ominous sign, futures for May delivery sank nearly 40 percent to $12.50 a barrel. The petroleum industry has emerged as one of the most vulnerable cornerstones of the global economy as shutdowns to limit the spread of coronavirus has a devastating impact on demand for oil.

The commodity has been further weakened by a battle for market share that raged much of the spring between Saudi Arabia and Russia. Some analysts think a historic agreement last week by those two producers and other leading exporters could improve the supply-demand balance in the latter half of 2020. In the meantime, smaller companies are under pressure. These include shale producer Lonestar Resources, which is based in Forth Worth. S&P downgraded the company further into “junk” territory.

S&P’s move followed the company’s disclosure that it was out of compliance with its lending facilities. The company cautioned there is a risk it will be unable to reach agreement with lenders under a future default scenario, an outcome that would “create substantial doubt regarding our ability to continue as a going concern,” Lonestar said in a filing last week.