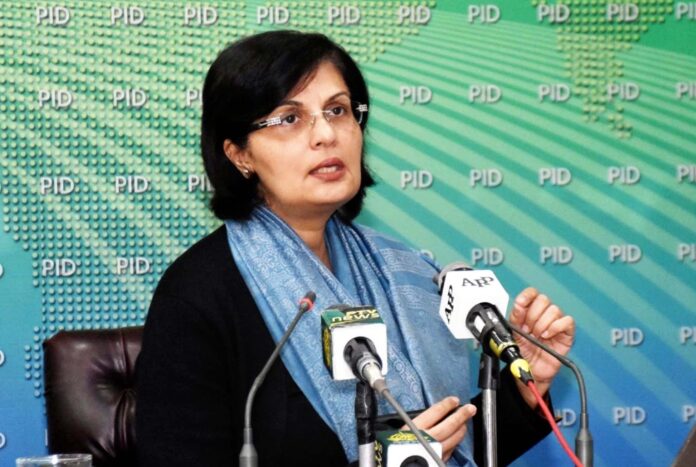 ISLAMABAD: Special Assistant to the Prime Minister on Social Protection and Poverty Alleviation Dr Sania Nishtar on Thursday said that Rs69 billion have been disbursed among 5.75 million deserving families under the first two categories of Ehsaas Emergency Cash Programme.

Addressing a press conference with Pakistan Tehreek-e-Insaf (PTI) leader Dr Shahbaz Gill, the SAPM said that 80 per cent if the payment process under the first category of the programme has been completed while payments were being speedily made for the second category (SMS beneficiaries).

She said that around 35 million applicants were rejected after scrutinising them on the basis of different parameters like wealth profiling, poverty score database, Federal Board of Revenue (FBR) statistics, more than one family member applicants, etc. Over 89,000 Computerised National Identity Cards failed in the process of verification, she added.

Under the third category of Ehsaas Emergency Cash Programme, Dr Sania said that the lists of beneficiaries are being finalised through the help of district administrations.

She said that the government’s priority is to run this initiative in a transparent manner without any political interference as per directives of the Prime Minister Imran Khan, so that relief can be provided to maximum deserving people.

She said that strict action is being taken against retailers involved in deduction from the Rs12,000 given to the beneficiaries.

She also said that efforts are also underway to overcome hurdles being faced by the applicants through their feedback and complaints.

About the Ehsaas Ration Portal, Dr Sania said that this portal has been opened to facilitate the private sector in providing food rations to the most vulnerable affected in the wake of the COVID-19 crisis.  Through the portal, the government will link donors and beneficiaries on geographic basis and provide data of eligible beneficiaries to donors.

Dr Gill said that it is very unfortunate that the Sindh government is doing politics on Ehsaas Programme as well as the prevailing health crisis in the country.

He said that the present government has not displayed any picture of the prime minister and Dr Sania on the posters of the Ehsaas Programme or any other initiative.

Sustaining all political pressures, he said, Dr Sania is doing her best to ensure merit-based cash disbursement through the programme.

He said that Sindh government did politics on coronavirus testing kits. They returned them to the federal government saying they were not useful but the same kits are being used by the National Institute of Health (NIH) and are giving accurate results, he added.

He also criticised the press conference of the doctors calling for lockdown and termed it as a political activity. “We cannot impose strict lockdown considering the fact it would affect our poor people the most,” he said.

He said that this is a national and international war and urged the Sindh government not to politicise such matters.

- Advertisement -
Facebook
Twitter
Linkedin
WhatsApp
Email
Previous articlePakistan could save billions if payments to IPPs be made in Pak rupee: report
Next articleIntel forecasts second-quarter quarter revenue above estimates