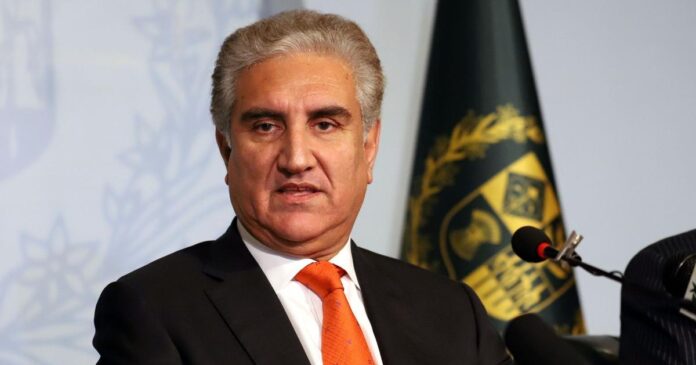 ISLAMABAD: Foreign Minister Shah Mahmood Qureshi on Saturday said that Pakistan was facing an unprecedented situation at the economic front amid the coronavirus pandemic.

Addressing a gathering of the overseas Pakistani community via video-link, the foreign minister said country’s exports have plummeted and remittances are estimated to go down by 22 to 23 per cent in the current fiscal year ending in June.

Qureshi noted as a result of a drop in economic activity, fiscal deficits will tick up and might surge to 10 per cent from the present 9.5 per cent of the GDP according to various estimates.

“We have taken certain steps in our limited fiscal space. The government has announced an $8 billion relief package,” he said.

Qureshi recalled the government has taken the initiatives to protect the poor segments of the society and support the economy.

He said the support for the Prime Minister’s Covid-19 Relief Fund was also encouraging.

“The premier is trying to mobilise the Pakistani community both in and outside the country to contribute to the PM relief funds and has received encouraging support,” he said.

The foreign minister recognised that the Pakistani diaspora in the US has always played a very vibrant role, adding that the country is grateful for their remittances especially those made in difficult times.

Qureshi was of the view that coronavirus respects no borders and collective efforts are required to deal with the unprecedented challenge.

US coronavirus death topped 51,000 on Saturday. According to the Pakistan embassy in Washington, more than a dozen Pakistanis are under treatment at various isolation centres.

“The three people who died included an owner of the Usmania Restuarant, Mohammad Islam alias Islam Bhai, 72, in the Devon Avenue, where a majority of Pakistanis live. Two other men aged 60 and 76 also passed away,” said an official from the consulate told a private media outlet requesting anonymity.

According to community activists, the funeral prayers of the deceased persons were held at the Islamic Centre in Chicago and they laid to rest in the local graveyard.