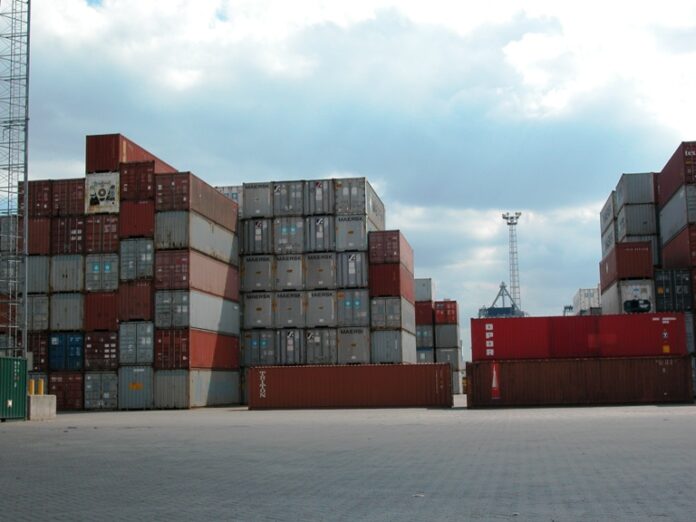 PESHAWAR: The business community of Khyber Pakhtunkhwa has expressed grave concerns over a large number of Afghan transit trade containers being held at Karachi port, urging the government to facilitate the clearance process in order to extend mutual trade between the two countries.

The issue was discussed during a meeting of traders and exporters involved in Afghan transit trade on Saturday with Sarhad Chamber of Commerce and Industry (SCCI) President Engineer Maqsood Anwar Pervaiz in the chair.

The meeting was informed that nearly 7,000 Afghan transit goods’ containers were being held for “scanning process” at the Karachi port, and that the traders and exporters were being charged “detention charges”, which was completely unjust and unfair.

Similarly, the participants informed the shipping companies were also charging additional demurrage in shape of “rent” from traders and exporters.

They said there was no justification for carrying out scanning of Afghan transit trade goods’ trucks/containers at Karachi port and asked the authorities concerned to immediate stop this practice in order to accelerate the export process and to promote bilateral trade.

The participants demanded the government to keep Pak-Afghan borders open for the entire week, as only 100 goods containers/vehicles were being able to cross the border in five days.

They also expressed concern over checking of transit goods on different check points enroute to Afghanistan via Torkham border and demanded the government to facilitate the checking process while keeping in view the woes of traders and exporters.

The meeting noticed the Pak-Afghan transit and bilateral trade was already very low while the policies and procedures would further decline the trade volume between the two countries. They participants asked the government to take measures to facilitate business community and relax policies to further strengthen mutual trade between the two neighbouring countries.