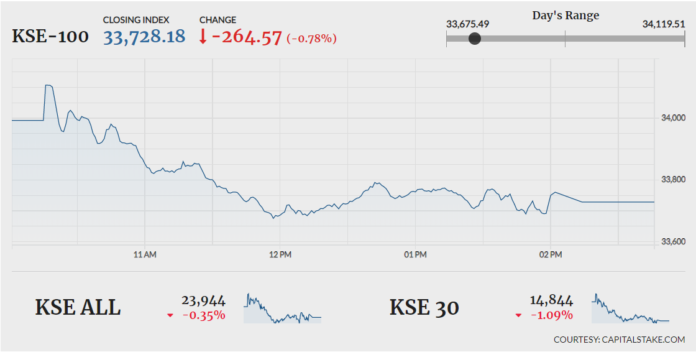 KARACHI: The Pakistan Stock Exchange (PSX) endured a volatile session on Wednesday, with the benchmark KSE-100 Index closing in the red despite heading north during early trade.

“The stock market opened the day on a positive note but couldn’t sustain the selling pressure, resulting in its downfall,” said an analyst at Arif Habib Ltd. “Banks, cement and E&P stocks weathered selling pressure regardless of international crude oil prices. However, fertiliser stocks traded no different than the rest and saw a decline in their prices.”