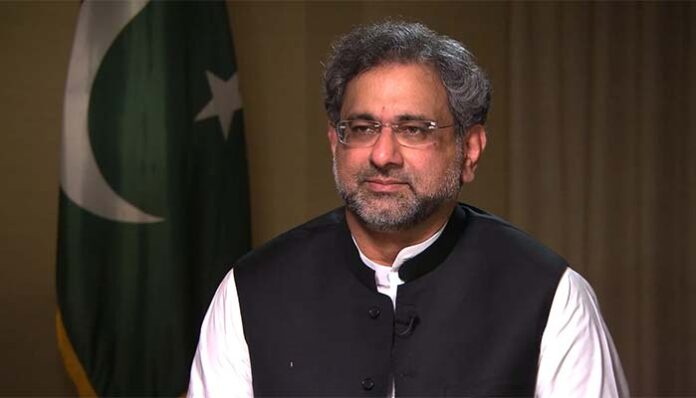 ISLAMABAD: Former prime minister Shahid Khaqan Abbasi on Saturday said that the decisions taken by the Economic Coordination Committee (ECC) and federal cabinet led to a hike in prices of sugar across the country earlier this year.

The Pakistan Muslim League-Nawaz (PML-N) leader was talking to reporters outside the Federal Investigation Agency’s (FIA) headquarters, where he appeared before the wheat and sugar crisis inquiry commission head Wajid Zia to record his statement.

Abbasi said that he presented all the “facts” before the commission. He said that the prime minister should ask his cabinet regarding the increase in rates of sugar, adding that the green signal to export sugar was given even though there was no surplus stock of the commodity in the country. He added that the sugar export continued for 16 months but the government did not take any notice of it.

He said that there should be a tax on imports so it is not possible to import sugar.

“The situation proves that the prime minister is corrupt,” said the senior PML-N leader.

While speaking about PML-N President Shehbaz Sharif and the recent Cholistan Development Authority case, he said that the NAB chairman is unable to see sugar, medicine and other scandals.

Abbasi said that during the PML-N tenure, the government gave a subsidy of more than Rs20 billion on sugar, which is why the prices did not rise even by a penny.

Abbasi said that the commission should summon Prime Minister Imran Khan and the head of the ECC if it wanted to get to the bottom of the hike in sugar crisis.