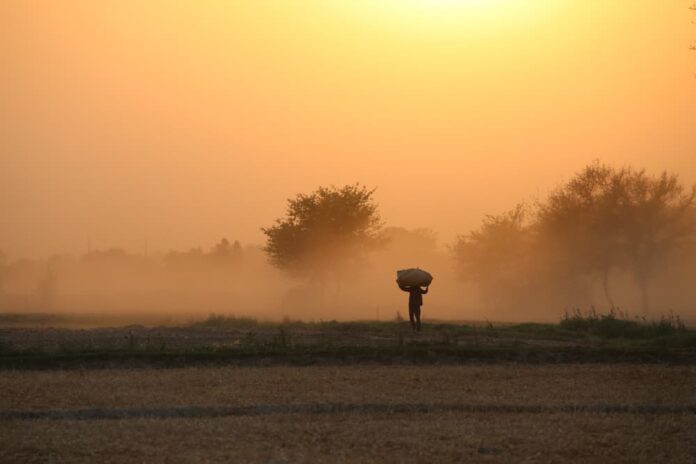 PESHAWAR: Climate change in Khyber Pakhtunkhwa has led to a 30 per cent drop in wheat production, creating fears of food shortage in the province.

Experts said heavy rains and hailstorms this year had adversely impacted the wheat crop, with yields reducing by 25pc to 30pc.

Talking to this scribe, KP Agriculture Dept Director-General Abid Kamal said that the province had set a target of 1.35 million tonnes of wheat for this year, but owing to climate-related problems, it failed to achieve the desired results.

“The province now estimates the production of wheat at 1.25 million tonnes,” he added.

It is estimated that the production of wheat would be reduced to around 25 million tonnes this year.

Flour Mills Association Chairman Haji Iqbal said the government’s unusual panic and unconventional measures in the wheat procurement scheme for 2020-21 could lead to serious problems in the availability of flour. He said wheat production in KP has dropped by more than 50pc this year, and this could lead to flour shortage and price hike.

At present, Khyber Pakhtunkhwa needs 4 million to 4.5 million tonnes of wheat per annum to fulfil its needs.

Iqbal further informed the owners of flour mills had recently met with the federal and provincial officials wherein they were assured that the province would import 1.5 million tonnes of wheat for itself since Punjab had imposed a ban on flour and wheat supply to the province.

“Despite the fact that there was PTI government in both Punjab and KP, the former’s ban on wheat supply to the latter is very unfortunate. We demand the federal government to immediately restore wheat supply from Punjab.”