Finance secretary says remittances declined by a meagre 4.3pc in 11 months, as compared to World Bank's forecast of -23pc for the ongoing fiscal 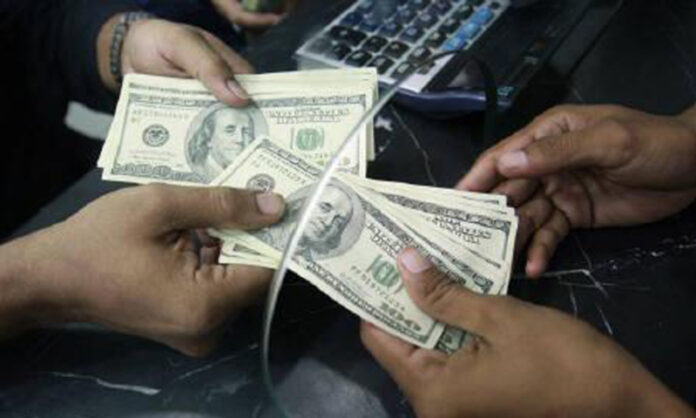 ISLAMABAD: Finance Secretary Naveed Kamran Baloch has said that timely action and coordinated efforts by the government and the country’s banks helped restrict the adverse impacts of Covid-19 on the flow of remittances, which declined only by 4.3pc YoY during March-May FY20, as compared with World Bank’s forecast of -23pc for the ongoing fiscal.

“The decline in Bangladesh (the only comparable regional data) during the same period has been recorded at 16.7pc,” he said while addressing a Webinar arranged by DFID-UKAid to mark the International Day of Family Remittances Action.

Baloch informed the participants that the initial assessment in Pakistan suggested a sharp decline in remittances from April 2020 onwards due to Covid-19 pandemic. “However, the government adopted timely measures to mitigate these adverse impacts by asking the banks to conduct aggressive awareness campaigns to inform the senders and receivers of remittances about available digital/online channels for sending and receiving remittances.”

He said the banks were asked to conduct similar campaigns with their overseas correspondents and were further advised to ensure availability of cash in remittance rich areas to cater to the needs of recipients of cash remittances.

The secretary explained that the government had instructed the banks to rationalise compliance checks with respect to both recipient and sender so as to ensure swift delivery of remittances. The banks were also requested to promote remittances through different marketing activities and incentive schemes (through gifts and lucky draws etc) and enhance their limit for cash over the counter, he added.

“The central bank’s team of experts on AML/CFT communicated the messages efficiently  and explained the true spirit of AML/CFT regime to banks.”

The secretary said that in response to the measures suggested by the government, the banks augmented their efforts by enhancing their marketing efforts through a record number of TV commercials of individual banks and a joint TV commercial by six large banks aired on domestic TV channels and their international transmissions during May/June 2020, with particular focus on awareness regarding digital channels for sending and receiving payments.

It is notable that Bangladesh authorities modified their 2pc additional cash incentive scheme to encourage remittances through formal channels. The threshold of remittance transaction without documentary evidence has been increased from $1,500 to $5,000.

The secretary noted that it was not surprising that Covid-19 has been reshaping all the businesses, particularly financial services. “Our data suggests that banks with automated processing systems, mobile wallets and direct account credit facilities registered strong positive growths in remittances as against declines in remittance by banks without these products and automated processes.”

He informed that Pakistan has witnessed only the direct or first-round impact of Covid-19 on the flow of remittances so far. “The indirect or second-round effects of Covid-19 due to significant slowdown in economic activities and oil prices in low trajectory were yet to hit labour markets, particularly in the GCC.”

He said it was the right time for the banks to promote digital channels and direct account credit remittance products among remittance customers. He also suggested that the remittance recipient countries should focus on preparing comprehensive plans for the reintegration of expected returning migrant workers in their mainstream economic activities.