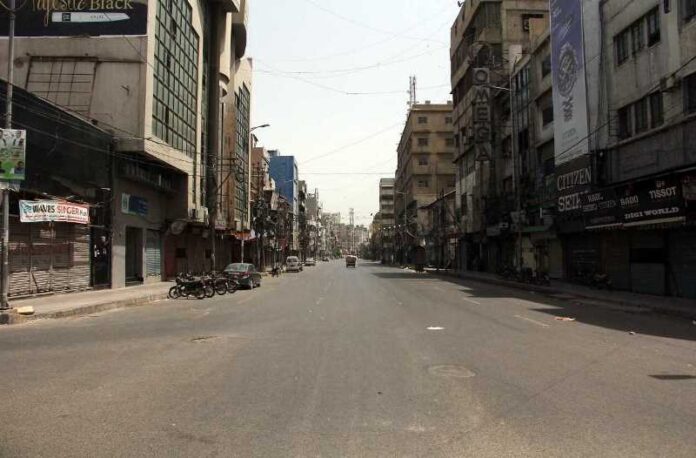 –All retail shops, markets, shopping malls and plazas to remain closed till Aug 5

LAHORE/PESHAWAR: The Punjab government on Monday imposed a smart quarantine across the province in an effort to curtail the coronavirus infection during Eidul Azha in the light of the federal government’s directives.

The announcement comes as Punjab reported zero deaths for the first time in two months. The official daily tally of confirmed infections in the province has remained below 500 over the last one week.

According to the notification issued by the Primary and Secondary Healthcare Department, the quarantine will be effective from midnight tonight till Aug 5. During this period, all educational and training institutes, marriage halls, business centres, expo halls, restaurants, theme/amusement parks, play areas and arcades, beauty parlours and spas, cinemas and theatres will remain closed.

“There shall be a complete ban on sporting tournaments/matches (indoor and outdoor) except non-contact professional sports without spectators. All contact sports and indoor sports clubs/facilities shall remain closed,” the notification read.

The notification added that there will also be a complete ban on gatherings of all kinds for social, religious, or any other purpose at any place, public or private.

“All retail shops, markets, shopping malls and plazas shall remain closed,” the notification said. However, exceptions were made for some, including pharmacies, postal services, petrol pumps and takeaway/home delivery for restaurants, which will be allowed to operate for 24 hours.”

Meanwhile, Minister for Planning and Development Asad Umar on Monday urged the countrymen to avoid travelling to remote areas this year in order to avoid a Covid-19 breakout there and the subsequent burdening of the healthcare system.

The appeal comes a day after Dr Zafar Mirza, special assistant to the prime minister on health, warned that the prospect of a second wave of coronavirus infection across the country will no longer be a distant theory if the government-devised standard operating procedures (SOPs) were violated on Eidul Azha and Muharram.

Addressing a press conference after the National Command and Operation Centre (NCOC) meeting in Peshawar, the minister said that far-flung areas in the province and Gilgit-Baltistan have limited health facilities that can only serve the residents of the area and “may not be able to bear the burden” of a bigger crisis.

“Eidul Azha is an important occasion but it is our responsibility to practice precautions in order to protect ourselves and those around us,” he said, urging the public to celebrate Eid with simplicity and carry out animal sacrifices in a manner that does not unflatten the curve.

On the occasion, Khan while stressing the need to follow the SOPs, said that the ministers and members of the provincial assembly will celebrate the Eid with simplicity and also urged people to do.

The chief minister disclosed the KP government will deliberate on the reopening of the tourism industry after Eid, saying that Prime Minister Imran Khan will also be consulted before making a final decision in this regard.

He announced to dedicate the upcoming Eid to the people who lost their lives to the pandemic.