SECP, SBP, FIA among those directed to investigate matter, submit report within 90 days 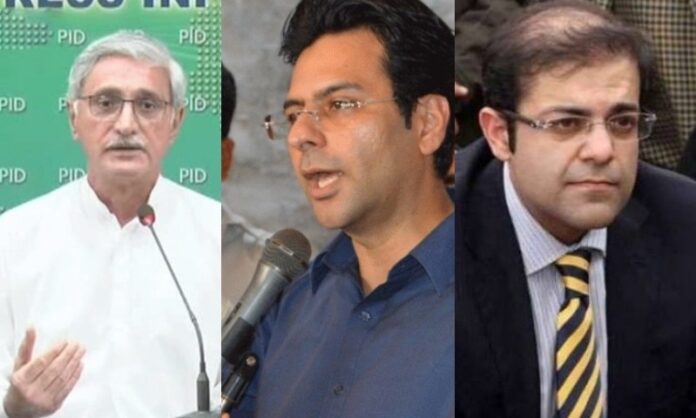 ISLAMABAD: The federal government on Monday ordered relevant departments to launch a formal investigation and take “penal, corrective and mitigating measures” against the sugar barons accused of cartelisation and hoarding/profiteering in the investigative report of the sugar inquiry commission.

All recipients of the letters, barring the chief secretary of Sindh, have been directed to wrap up the investigation and submit a report to the federal government within 90 days.

The forensic audit of the sugar mills, the revelations of which were made public in May, had accused key political players, including Jahangir Tareen of the ruling Pakistan Tehreek-e-Insaf (PTI), of acting as “cartels” besides making huge profits through systematically hurting sugar growers and causing them financial losses.

In his letter to the CCP, Akbar highlighted the findings of the sugar inquiry report, saying the mill owners “orchestrated ex-mill and retail price manipulation through satta, abuse of dominant position by the sugar cartel and non-provision of sugar to the utility stores corporation”.

The PM’s aide directed the CCP to carry out an investigation to “determine the reasons, magnitude and inordinate delay in taking action against the sugar cartel despite earlier internal findings regarding cartelisation”.

He aide also directed the SBP to investigate offences committed by mill owners that have been mentioned in the report by the sugar commission, which includes loan defaults, suspicious exports proceeds realisation, disbursement of subsidy to exporters “despite payment to cane growers below the support price and misappropriation of pledged sugar stocks”.

Akbar also directed SECP and FIA to launch an investigation into “instances of corporate fraud” that are detailed in the probe report of sugar commission.

In a joint letter to the FIA director general and the SECP chairperson, the prime minister’s aide said that the inquiry commission had found instances of corporate fraud “through associated companies and inexplicable money transfers leading to money laundering”.

Additionally, SECP has been told to “fix responsibility and take cognisance of the failure of external auditors/firms and also its own regulatory oversight mechanisms” in its reports.

In his letter to the FBR, Akbar said that the sugar inquiry commission had found instances of money laundering and sales and income tax fraud in their dealings. The sugar probe, Akbar said in his letter, found that mill owners had been involved in concealing business turnover by “over-invoicing, under-invoicing, off the books activity and double bookkeeping, etc”.

The inquiry commission had also detected money laundering practices through benami transactions, as well as “financial jugglery like fake advances from customers”.

The SAPM also informed the Sindh chief secretary about the findings of the sugar inquiry commission including evidence of payments to cane growers that were under the support price.

Akbar further told the chief secretary that instances of interest-based loans to growers by mill owners, consequent profits and “unauthorised enlargements” in crushing capabilities were also mentioned in the inquiry report. He noted that such practices were in “derogation of various provincial laws”.

The PM’s aide noted that these offences were within the jurisdiction of the province’s anti-corruption department and directed the chief secretary to carry out an investigation to “unearth full spectrum of offences committed under the relevant provincial laws and take penal and corrective measures as per law”.