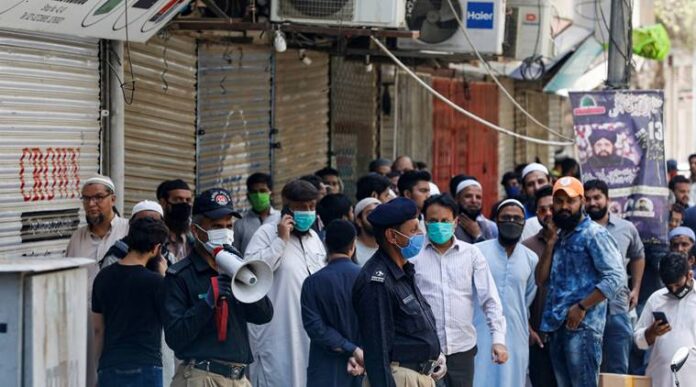 FAISALABAD: More than four dozen shopkeepers were booked by the Kotwali police for staging a protest demonstration against the government and violating the lockdown restrictions on Wednesday.

Scores of traders of different bazaars of Clock Tower staged a protest demonstration and refused to accept the lockdown citing financial hardships. Police raided the shops, thrashed the shopkeepers and arrested them.

Shopkeepers in Minchinabad and Chishtian as well as other parts of the district protested against the fines imposed for the violation of the lockdown.