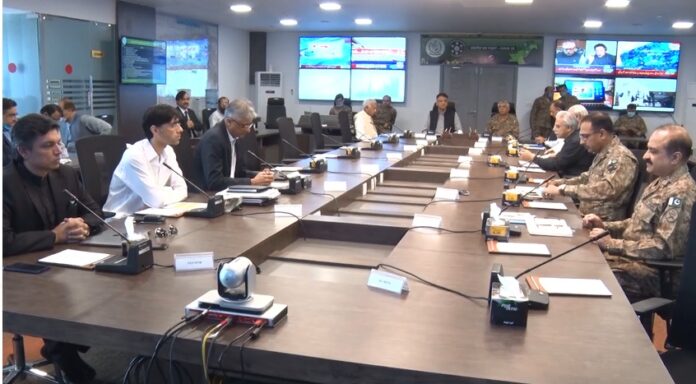 –Educational institutions and marriage halls to be reopened on Sept 15; cinemas, restaurants to resume operations from Monday

ISLAMABAD: The federal government on Thursday announced that it was easing coronavirus-related restrictions on different sectors, as Covid-19 cases continue to decline across the country.

According to the latest figures released by the National Command and Operation Center (NCOC), 727 confirmed Covid-19 cases diagnosed were in 24 hours and 21 more deaths were reported due to the disease.
Active coronavirus cases in the country stand at 19,770, 256,058 patients have recovered from the disease whereas the nationwide tally of fatalities has jumped to 6,035.

Addressing a press conference, Federal Minister for Planning and Development Asad Umar said that the coronavirus outbreak in the country has been brought under control because of the effective strategy of government institutions, the untiring efforts of doctors and paramedical staff, and the cooperation of the people of Pakistan.

He said that restrictions on trains and airlines which were already operational would be lifted in October. Similarly, the road transport would be allowed to operate from August 10 but passengers would not be allowed to travel by standing in metro buses, he added.

Asad said that the smart lockdown strategy adopted by Pakistan has been appreciated by the other countries and they are also learning from Pakistan’s experience.

Meanwhile, the National Command Operation Center (NCOC) decided to intensify public awareness campaign at a large scale to curb the spread of coronavirus pandemic across the country.

The decision to this effect was taken at a meeting of NCOC, chaired by the planning minister in Islamabad.

The meeting was attended by federal ministers, Fakhar Imam, Ijaz Shah and SAPM on Health Dr Faisal Sultan.
Speaking on the occasion, Asad said that coronavirus has not been completely eliminated from Pakistan, yet and urged the masses to continue adopting the standard operating procedures (SOPs).

The forum was informed that despite a significant reduction in the spread of coronavirus, the pubic is not following the SOPs strictly.