Apple sales in China could crash if Trump bans WeChat 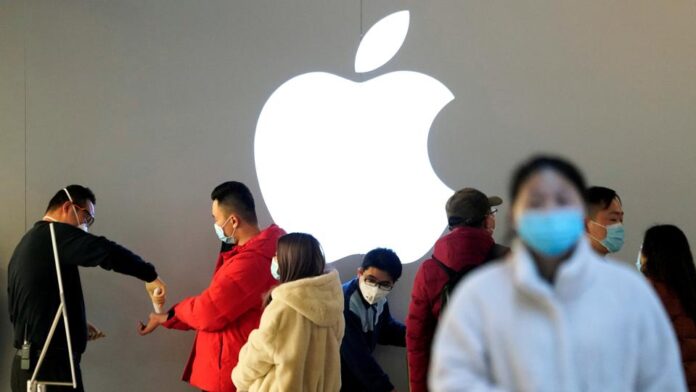 SHANGHAI: A US ban of popular Chinese messaging app WeChat may have devastating consequences for Apple, plunging the iPhone maker’s sales in one of its most lucrative markets and worldwide shipments.

Executive orders signed by US President Donald Trump last week target two popular services, TikTok and WeChat, accusing their Chinese owners of stealing data on American consumers. As they are set to come into force on September 20, all transactions related to WeChat and its parent firm, Tencent Holdings, are set to be blocked.

While the Chinese firm is still trying to figure out how exactly the order will affect it, some analysts warn that the ban may also backfire on their American peers. For example, the US’ most valuable company, Apple, may be forced to remove WeChat from the App Store. This would make iPhones useless for millions of Chinese users for whom the app is an essential part of life, used for many purposes from communication to daily payments.

According to TF Securities International analyst Kuo Ming-chi, who gained prominence for his forecasts about Apple, the ban could have “the greatest impact on iPhone among Apple’s products.”

“We believe that Apple’s hardware product shipments in the Chinese market will decline significantly,” he wrote in a research note as cited by MacRumors, referring to a worldwide removal of WeChat from the iOS app store. “We estimate that the annual iPhone shipments will be revised down by 25-30pc, and the annual shipments of other Apple hardware devices, including AirPods, iPad, Apple Watch and Mac, will be revised down by 15-25pc.”

If the iPhone maker is required to make WeChat inaccessible only within the US, instead of totally removing it from the App Store in all other countries, the impact would be less significant. According to the analyst, global iPhone shipments would be impacted by 3-6pc, while other Apple devices may lose less than 3pc of their sales under this more optimistic scenario.

Despite the impact of the coronavirus pandemic on Apple’s business in China at the beginning of the year, the smartphone maker has managed to recover. Apple was recognized as the fastest-growing smartphone maker in China in the second quarter, during which iPhone sales jumped 225pc, according to Shanghai-based CINNO Research. According to the firm, around 13 million units were sold in the three months to June alone.