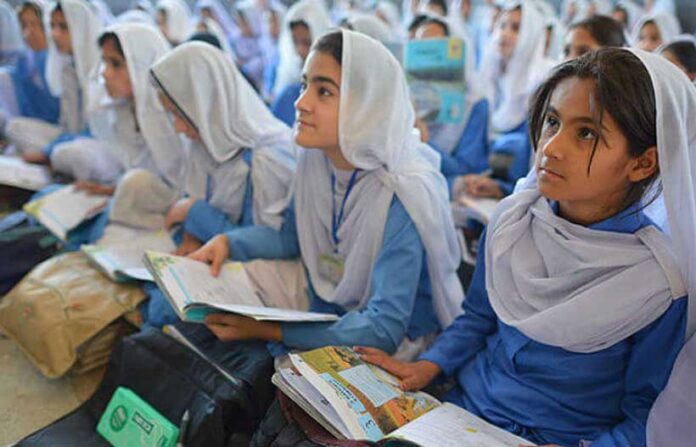 ISLAMABAD: The Senate Standing Committee on Education recommended that the education budget should be increased to four percent of the GDP for the promotion of education in the country, in a meeting held here on Tuesday.

Senator Engr Rukhsana Zubair chaired the meetings of the senate committee, while the Federal Minister for Education could not attend because he was busy in the cabinet meeting. The federal minister himself wants to provide details to the standing committee regarding the national curriculum, which led the committee to defer the discussion on that until he can ensure his presence till the next meeting.

The committee was informed that the chairman HEC is also out of the country.

The committee also reviewed the issue of ‘inappropriate’ content in the curriculum against the issue of public importance raised by Senator Mushtaq Ahmed in the Senate session on July 20. The senator has pointed out that the GABA publishers have added ridiculous material against Pathans belonging to Buner, and especially quoting, Yousafzai tribe, which constitutes 50 percent of the population of Pashtuns. This is a criminal negligence. In the next meeting, GABA publishers and related agencies should be called to review the matter.

Committee chairperson said that notices should be issued to all the text boards to remove such negative messages from the syllabus immediately.