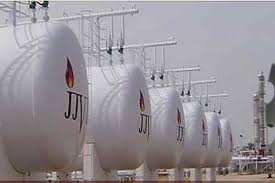 Extraction of LPG by JJVL started in 2005, primarily due to the presence of rich gas fields in Badin, owned by United Energy Pakistan Limited (UEP) which was producing more than 150 mmcfd volume. Since it was not a pipeline quality gas and SSGC had the extraction rights of Badin gas, for extracting heavy hydrocarbon from the gas, Sui Southern Gas Co. Ltd. (SSGC) started processing it through a Royalty Arrangement under an Implementation Agreement (IA) with JJVL which was declared Null and Void by the Supreme Court of Pakistan (SC) in 2013, the newspaper reported.

However, later it transpired that SSGC can continue the supply of gas without needing JJVL’s LPG extraction that only adds to the costs. SSGC has also extended the agreement with JJVL after the terms of the original contract expired, which led to gas shrinkage and added to the costs. Certain consultancies have also advised SSGC to add the gas directly to pipelines instead of going through LPG extraction which only increases costs.

Furthermore, OGRA statistics show that 76 per cent of JJVL production goes to the commercial and industrial consumers in Sindh, which means that it cannot be categorized as a household fuel and thereby the supply process needs to be adjusted as per the national requirements and not only for commercial reasons.