PM says he will soon introduce a package that will tackle the issues of line losses & theft, and focus on improving the distribution system 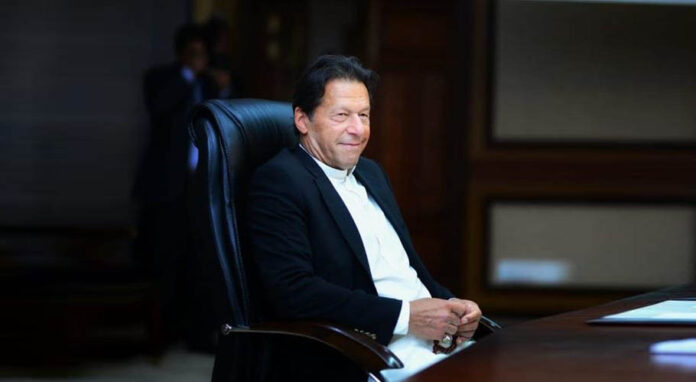 ISLAMABAD: Prime Minister Imran Khan said on Friday that the government has signed a new agreement with the independent power producers (IPPs) under which the cost of electricity generation would be brought down and circular debt would be reduced.

“I congratulate the nation because we are fixing the damaging structure we inherited in our power sector,” he said in a series of tweets.

The prime minister promised that he would soon introduce a package that would focus on improving the distribution system by tackling line losses and theft.

I congratulate nation bec we are fixing the damaging structure we inherited in our Power sector. After long negotiations we have signed new agreement with IPPs which will bring down cost of power generation & reduce circular debt. Next reform target is power distribution system.

“Quaid-e-Azam wanted an Islamic welfare state and we are embarked on a journey towards that goal,” the PM remarked.

He also mentioned an upturn in the country’s economy after two years of struggle, highlighting that the current account and fiscal deficits were down.

Listing the policies that the government consider as a success, the prime minister said that the construction industry was taking off due to the special incentives offered by the government.

“The stock market, exports, revenue collection as well as cement and car sales were up,” the PM claimed.

He also congratulated the nation on successfully tackling coronavirus, highlighting the government’s efforts for the protection of the poor through cash support and smart lockdowns.

However, the PM warned that the challenges were still there as the virus had not been eliminated completely. He urged the people to follow the standard operating procedures (SOPs) to further curb the spread.

Meanwhile, sources confirmed this scribe that the government and IPPs on Thursday had finally reached an understanding on reduction in the rate of return on equity and late payment surcharge (LPS), and sharing of savings on account of plant efficiencies. A memorandum of understanding (MoU) containing 13 points has been signed between the two parties.

“The IPPs which were set up under the 2002 Power Policy have now agreed to alter their existing contractual agreements and to ink new power purchase agreements,” an insider said.

Once NEPRA, federal cabinet and IPPs’ Board of Directors approve this MoU, the documents and procedures of these understandings would be completed preferably within 30 days, after which the same will be submitted to NEPRA and Central Power Purchasing Agency (CPPA) to be followed by legal documentation to reflect the amendments needed in the relevant agreements.

Sources said this MoU is valid for six months and it will stand terminated on the signing of the detailed agreement.

According to the MoU, the two parties have, in the larger national interest, voluntarily agreed to provide concessions considering the fact that a significant period has been passed since its Commercial Operation Date (CoD). It was agreed that all projects will convert their contracts to take-and-pay basis and until then, the existing take-or-pay will continue.

The return on equity (ROE) including Return on Equity During Construction (RoEDC) for local investor will be changed to 17pc per annum in rupee terms without dollar indexation, while for foreign investors registered with the State Bank of Pakistan, ROE will be 12pc per annum on NEPRA approved equity at CoD.

Likewise, for gas projects, fuel and O&M will be taken as one consolidated line and any net savings will be shared 60:40 by the government and IPP for gas projects after accounting for any reserves for major overhaul. However, power purchasers will not share fuel, O&M and major overhaul losses.

In order to ensure that the actual efficiency is matching the efficiency reported in the financial statements, the power purchaser will appoint a reputable international independent consultant to perform a one-time detailed heat arte test for all IPPs.

For all future invoices, Delayed Payment Rate (DPR) under the PPA will be reduced to KIBOR+ 2pc for the first days after the due days and thereafter at KIBOR+ 4.5pc as per the PPA.

Moreover, NEPRA would take a decision if a company has made any excess profits and it (NEPRA) will hear and decide this matter and it will also provide a mechanism for recoveries where applicable.