Under the programme, each family in KP will receive health coverage of Rs1m per year 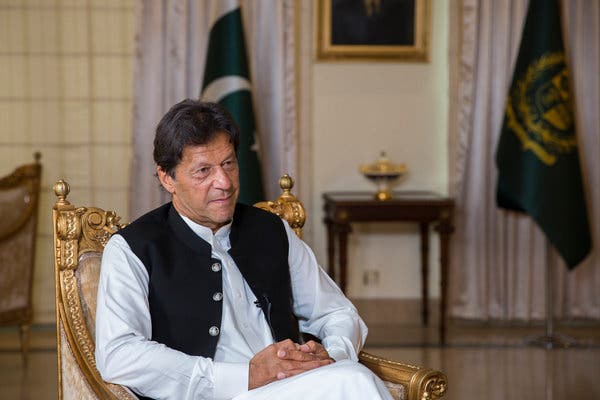 Under the programme, each family will receive health coverage of Rs1 million per year. Both public and private hospitals designated by the programme will provide free treatment to residents of the province.

State Life Insurance Corporation, which has been selected after a competitive bidding process, will be paid Rs2,849 per family annually.

Addressing the launching ceremony, the prime minister lauded the initiative, saying that the step will “put pressure” on other provinces as well to introduce such welfare initiatives.

He said that he will push the idea in Punjab as well, where the Pakistan Tehreek-e-Insaf (PTI) is in power and will also suggest the Balochistan government to launch a similar initiative in the province.

Once the populations of the three provinces have access to free healthcare, the people in Sindh will demand the provincial government to introduce a similar programme, he said.

The premier, in his address today, lauded the KP government for implementing the scheme and said: “You don’t know [the significance] of the step you have taken. You will realise when people send prayers your way.”

He noted that the PTI provincial government had implemented the programme despite budgetary constraints.

The prime minister said that the programme will also motivate public-sector hospitals to provide better healthcare facilities in order to compete with private-sector hospitals, which will be offering free treatment under the Sehat Sahulat Programme.

He further said that the government will offer incentives to private hospitals by removing duty charges on imported medical equipment. Furthermore, Auqaf and evacuee trust department will sell land on lower rates to anyone who wishes to build a hospital.

He said that hospitals will also be built-in remote areas so that healthcare can be accessible to all citizens.

While health insurance will be available to any resident with an identity card, the prime minister urged the KP government to “encourage everyone to get a health card” so that a proper database can be maintained and pilferage can be avoided.

It will be followed by Hazara division in November, Mardan and Peshawar in December and Kohat, Bannu and Dera Ismail Khan in January when the whole population of the province will receive free medical services.

The first phase of the programme was launched in 2015 that covered three per cent of the population (100,000 families in four districts) of the province.