MCB aims for deposits to grow 12pc this year 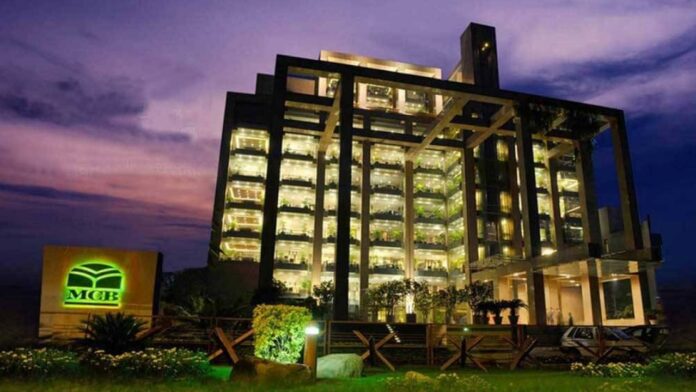 KARACHI: MCB Bank Ltd’s (MCB) management on Tuesday held a conference call for analysts and investors to review the results of the half-year ended June 30, 2020.

To recap, MCB had announced its financial statements on August 20. According to the financials, the bank’s unconsolidated profit after tax increased to Rs13.2 billion in the half-year ending June 2020, as compared to the Rs10.67 billion in the corresponding period last year, showing a growth of 24pc year-on-year.

The bank’s earnings per share (EPS) clocked in at Rs11.15, which is an increase from the Rs9.01 during the same period last year.

According to KASB Research, in today’s conference call, management said that deposits witnessed a growth of 8pc on a quarterly basis to Rs1.27 trillion. This rise was largely driven by an increase in the deposits in the current account, as expatriates from the Gulf and Middle east looked to park any excess liquidity, in case of any layoffs or restrictions on the transfer of funds in the future. The bank said it expects deposit growth of 11pc to 12pc for 2020.

The bank said it expected single-digit growth in advances in the second half of the year, due to low credit demand, as most businesses are still recovering from the impact of Covid-19 pandemic.

Non-performing loans (NPL) increased by Rs929 million during the half of 2020, while the bank’s infection ratio fell to 9.9pc. However, management said that coverage improved to 94pc as the bank had also taken an additional surcharge of Rs4 billion during the first half of 2020 to counter any NPLs.

MCB also had to book additional provisioning expenses of Rs6 billion, to implement International Financing Reporting Standard (IFRS) 9, which the SECP has made mandatory.

The bank’s investment portfolio increased by 21pc during the first half, mostly due to an increase in the portfolio of Pakistan Investment Bond, up to 41pc to Rs413 billion.

The net interest margin is expected to shrink after the third quarter of this year, as the majority of T-Bills are expected to mature by September. Most of the bank’s T-bills have a duration of one year. The bank’s management expects the policy rate to remain the same for the next four to six months.

However, the bank’s fee income is expected to rebound in the third quarter of this year, as most branches are operating again.

On the topic of NIB, the bank’s management said it had been able to recover Rs4.98 billion, or around 18pc of NIB’s portfolio, in the last three years. The bank expected more recoveries in the second half of 2020 given the increase in construction activity.