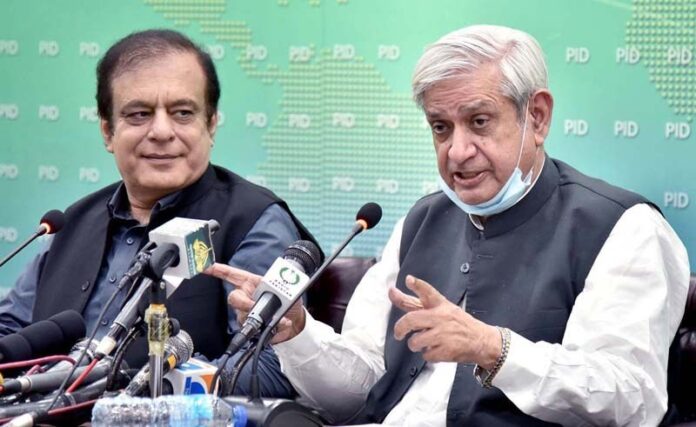 ISLAMABAD: National Food Security & Research Minister Syed Fakhar Imam said on Friday that the proactive strategy adopted by the government helped control the spread of locust across the country, though the threat still exists in just two districts of Sindh and Balochistan.

“There is no presence of locust in Khyber Pakhtunkhwa and Punjab, but its presence still exists in one district each of Balochistan and Sindh,” the minister said while briefing the media on Friday.

He said that earlier when the National Locust Control Center started its operations with the Ministry of National Food Security and Research, locusts were active in 33 districts, which has now been restricted to just two districts.

Lauding the role of Pakistan Army in controlling the locust outbreak, the minister said the army personnel fought the menace like they were on the battlefield. He also lauded the role of workers engaged in ground operations against the spread of locust.

A comprehensive strategy was developed under which the coordination was ensured at federal, district and community level to prevent such type of attacks and loss in future, he maintained.

The minister said as per the assessment of provinces and districts, the timely engagement mitigated the losses to the crop.

He said the present government would be making a comprehensive mechanism to cope with such challenges in the future, adding that the government would develop a department of plant protection.

Currently, he said, there were ample locust sprayers available with the government, of which some were donated by other countries.