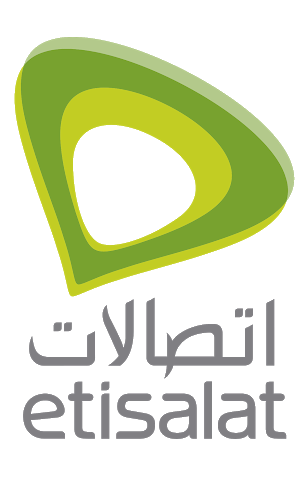 Sources confirmed to Profit that Etisalat – which is a shareholder in national telecom operator PTCL and holds a management stake in the company – is looking for a new CEO for the company for which an international head-hunting firm has been recruited. Sources say that though the hunt for a new CEO is global, Pakistani executives from within the group have been interviewed for the top slot. However, sources close to Rashid Khan informed that the CEO wants to leave the company himself, due to personal reasons.

Though the Government of Pakistan (GoP) is a majority shareholder in PTCL, the management of the company is largely a private sector matter and the prerogative to appoint the CEO belongs to Etisalat.

Moreover, reports have surfaced of Ufone’s merger with PTCL following Law Ministry’s objections on the potential merger of Ufone with one of the other three telecommunication companies, Jazz, Telenor or Zong.

However, earlier on Thursday, a report by Karachi-based brokerage house Topline Securities claimed that PTCL has issued Request For Proposal (RFP) to various financial institutions to submit proposals for the advisory role for a possible amalgamation/merger with other telecom operators.

The proposal for Ufone’s merger with a private telecommunication company had been floated last year in an inter-ministerial meeting of the federal government. The government had initially approved the merger
because the business viability of Ufone as the fourth player in the telecommunication industry was showing no signs of improvement.

Sources say that the whole process is currently at a halt until the law ministry clears it, adding that legal opinions have been provided to the law ministry on the matter. But for now, there is considerable ambiguity.

Sources confided in Profit that if the law ministry does not rule in favour of the merger with one of the telecommunication companies, Etisalat and the management of PTCL have given the go-ahead to merge Ufone with PTCL. Another source, however, said that it is unclear the way this transaction will go.

Both the appointment of a new CEO and Ufone’s merger are major steps to reform the organisation to revive Ufone, that has been haemorrhaging money, making the overall performance of the group unsatisfactory.

Profit had earlier reached out to the national telecom operator for comments. In response, this scribe received a statement which read, “As a policy, PTCL does not offer comments on market speculation. From time to time shareholders consider various options as part of strategy as is customary in any business. PTCL is a listed company and will make appropriate disclosures as and when required.”

Earlier in 2019, reports had said that an inter-ministerial committee discussed merging Ufone — a subsidiary of PTCL — either with PTCL or another telecom operator.
The committee also reviewed the status of PTCL’s privatisation dues, technical services assistance fee agreement, spectrum licence renewal of Ufone and revitalising PTCL and its subsidiary – mainly the telecom operator.
PTCL and Ufone are working on merging their businesses for long, however, due to design and operations of both the operators, the process has remained very gradual, claimed ProPakistani.
According to the report, both companies had decided to further merge departments including, Sales & Distribution, Marketing and Product & Pricing, Business Operations, Corporate Strategy, and Internal Audit.

PTCL said that previously merged departments had shown significant improvement in terms of productivity and the company hoping to continue the streak with rest of the functions that have been merged now, according to the media report.

The state-owned Pakistan Telecommunications Company Ltd (PTCL) owns Ufone, which until just a few months ago, was the only mobile communications company in Pakistan not to own 4G spectrum, a decision that has resulted in revenue growth for the company to stall and profits to plummet into losses even as its competitors continued to see growth.

Even while it was allowing new companies to gain market share, Ufone’s financial position remained relatively stable, and it even gained some share of wallet. The peak for the company came in 2011, when Ufone accounted for 21.9% of the industry’s revenues. In hindsight, that was probably as good as it was going to get.

Since then, however, growth has effectively stalled at Ufone, with revenue growing at an average of just 0.5% per year between 2011 and 2018. The industry grew at an average pace of 5.5% per year during that same period. Ufone’s market share was down to 15.6% by the end of 2018.