Despite innovative advertising campaigns, the paint manufacturer has struggled to grow revenue 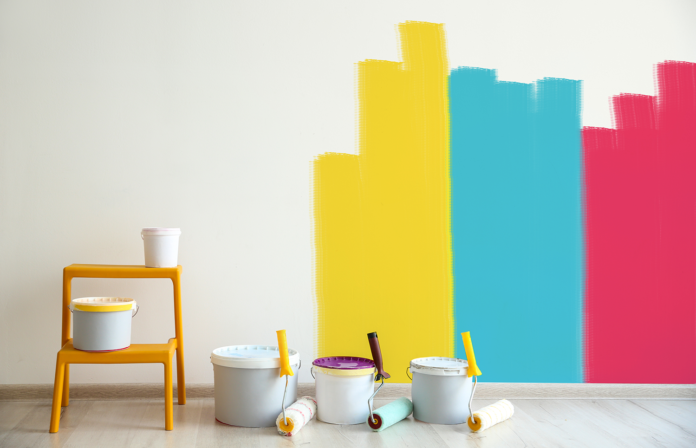 Pakistani actress Mehwish Hayat has four million followers on Instagram, and a devoted fan base. Berger Paints made roughly four billion rupees in sales this year, and has no devoted fan base. This is perfectly fine, because Berger hired arguably one of Pakistan’s biggest celebrities for a expansive print and TV ad campaign in 2018-19. It is why when you land on Berger’s website, you are greeted with the incongruous imagery of Mehwish Hayat in questionable get ups of an ancient roman goddess, Arabian princess, Chinese princess, and European aristocrat. Weird, most likely culturally inaccurate, but ultimately, very necessary for Berger Paints.

That is because Berger is somewhat struggling, which is why Mehwish Hayat and other such ad campaigns are crucial to restoring the paint company’s sales. In the most recent financial statements issued to the Pakistan Stock Exchange in September, Berger Paints profit before tax stood at Rs114.5 million, which was the second lowest profit  in seven years (the lowest profit before tax was just the year prior in 2018, at Rs113 million).

To explain what is happening, first, let us look at the company.

Berger Paints was incorporated in Pakistan in March 1950 as a private limited company, and was the first company in the country to offer premium products imported from the United Kingdom. The company established its first manufacturing facility in Karachi in 1955.

In 1974, Berger became a public limited company. Around 49.4% of its shares were acquired by Pakistani investors, while the remaining 50.6% was held by U.K. parent company, Jenson & Nicholson Limited. Later in 1991, Slotrapid Ltd, a company registered in the British Virgin Islands, acquired control of the company (not only does Slotrapid hold a 52% in Berger Paints, but also a 37% stake in Buxly Paints, another Pakistani paint company).

In 2006, Berger established a manufacturing facility in Lahore, which is now its only facility. This facility also includes a resin manufacturing facility, the first in Pakistan. The company also moved its head office to Lahore as well, though it maintains regional offices in Karachi and Islamabad, and territorial offices in Gujranwala and Multan.

Over the years, Berger has entered into a number of technical arrangements with international manufacturers. For instance, it has collaborated with a Japanese paint company to provide speal auto paints to customers like Totya, HINO Pak, Al-Hajj FAW Motors and Master Motors. Berger also specializes in car refinishing (touching up the paint of a car), acquiring two distribution rights in 2011 and 2017 for specific auto paints, and even establishing a refinishing training centre.

Name a major highway in Pakistan, and chances are Berger Paint will be providing the road markings and safety signs. The company is involved in at least 120 roads, highways, cantonments, and airports across the country.

One would think that with such an exhaustive list of ongoing or complete projects, Berger Paints would have a steady flow of income. Yes, steady it may be, but it has barely grown over the last seven years. In fact, it is slipping.

Profit called multiple brokerage houses to comment on Berger, yet it turns out that most do not cover paints at all. However, analysts pointed to several overarching themes.

Berger Paints’ market share, which had always been on the back pedal, is still decreasing. One analyst went so far as to call it Berger’s ‘Achilles Heel’. The company keeps losing ground to ICI Pakistan, and even obscure Chinese brands.

Furthermore, margins have come down because of the increase in the costs of sales. The price of raw materials for paints have risen up, while devaluation of the currency has not helped.

Finance costs have increased because of an increase in interest rates. The company’s finance costs went from Rs165 million in 2019, to Rs195 million in 2020. According to analysts, the company also had to borrow to meet working capital requirements, due to the falling sales. This means a lot of short term borrowing, which came at a high cost.

The increase in interest costs may have been temporary, though. As interest rates have fallen dramatically over the past 12 months, the company is likely to see its loans – almost all of which are variable rate loans – repriced at lower interest rates, which would ultimately help the company’s bottom line.