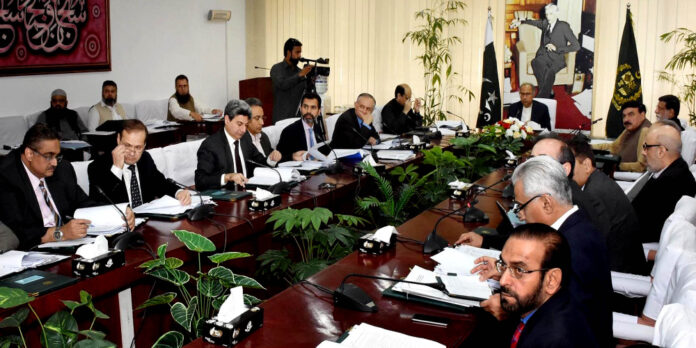 ISLAMABAD: The Economic Coordination Committee (ECC) of the Cabinet has constituted a three-member committee to negotiate wheat procurement price with the Russian government.

As per details, the three-member committee that would negotiate whaet price with Russia included secretaries of finance, commerce and national food security (as chairman). Besides, the ECC decided that 330,000MT wheat, when imported by the Trading Corporation of Pakistan (TCP), shall be distributed equally among three recipient agencies i.e. PASSCO, Punjab and Khyber Pakhtunkhwa (110,000MT each).

They stated that Pakistan would also import 0.18 million tonnes wheat from Russia and that a memorandum of understanding would soon be signed in this regard.

Meanwhile, the ECC allowed Sui Northern Gas Pipeline Ltd (SNGPL) to recover previous revenue shortfall, besides enabling the company to manage the load of domestic/commercial sectors through diversion of RLNG in the approaching winter season.

Moreover, the ECC allowed the Oil and Gas Regulatory Authority (OGRA) to issue new CNG licences to RLNG-based CNG stations with the provision that the licensee would “neither receive indigenous gas or can claim its conversion to indigenous gas”.

The ban on the issuance of new licences was imposed in 2008.