No change in existing permissions under forex regulations: SBP 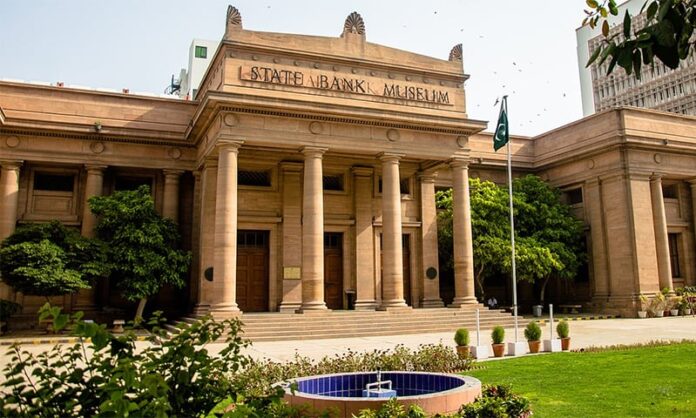 KARACHI: The State Bank of Pakistan (SBP) on Sunday issued both a clarification and a lengthy ‘frequently asked questions (FAQs)’, in response to the recently announced federal rules on foreign currency accounts that have sparked concern.

Earlier on October 6, the federal government issued Foreign Currency Accounts Rules, 2020 under the provisions of Protection of Economic Reforms Act (PERA), 1992, in a bid to stop money laundering.

According to the document, a foreign currency account of an individual may be credited with the remittances received from abroad through a banking channel: except for payment for goods exported from Pakistan, payment for services rendered in or from Pakistan, proceeds of securities issued or sold to non-residents, and any foreign exchange borrowed from abroad under any general or special permission of the State Bank, provided that the SBP may issue any general or special permission for credit the account.

Yet on Sunday, the central bank emphatically stated, “There has been no change in the general or special permissions given by the State Bank to individuals under the foreign exchange regulations.”

In its clarification, the State Bank said that according to paragraph iv, Chapter 6 of the Foreign Exchange Manual, foreign currency accounts can be fed by remittances received from abroad, travellers’ cheques issued outside Pakistan and encashment of securities issued by the government.

Despite the differences in the wording between the federal government and the central bank, in its notice, the central bank said, “The recently issued rules aim to provide a regulatory framework for the operation of individual foreign currency accounts. Such a framework represents a continuation of the State Bank of Pakistan’s efforts to strengthen the foreign exchange regime and make it more market-oriented.”

On why an SRO was issued by the Ministry of Finance, when there is no change in existing foreign exchange regulations, the central bank said that PERA was amended in 2018. The amendments made in PERA included that the federal government may make rules governing deposits into and withdrawals from the foreign currency accounts.

“The purpose for the issuance of these rules is to provide enabling provisions for SBP to issue instructions related to deposits in FCY accounts, including those already in place as well as any that may be issued in future,” the central bank said.

The SBP also said there is no change in the state bank’s existing regulations regarding foreign currency accounts, and these regulations do not conflict with the rules issued by the Ministry of Finance.

The rules do not have any impact on the newly introduced Roshan Digital Accounts, which is a separate scheme. Funds can be received into these accounts from abroad but they cannot be fed from within Pakistan.

The State Bank also highlighted that the federal rules said that a foreign currency account shall not be credited with any foreign exchange purchased from an authorized dealer, exchange company or money changer except as allowed by the State Bank through any general or special permission under any law.

The central bank said that money for the education fee of children can still be sent through an individual’s Pakistani rupee account, as well as a foreign currency account. Remittances for medical treatment are also unchanged.

Regarding freelancers and IT exporters, the central bank reiterated that exporters of IT services can open special foreign currency accounts under the existing regulations and can retain up to 35pc of their export proceeds for their foreign exchange needs.