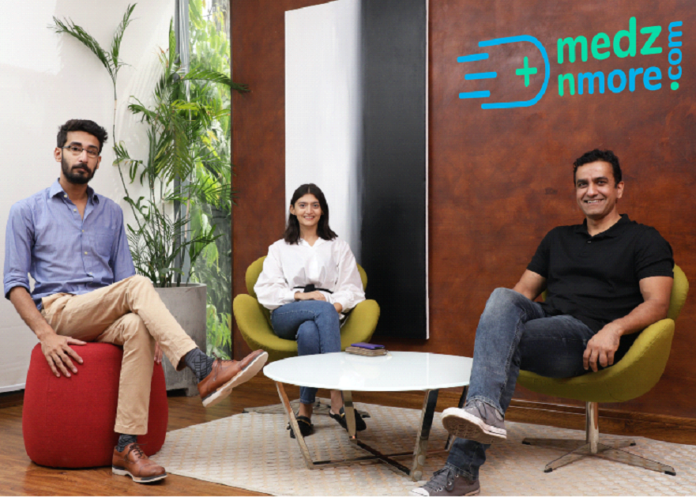 LAHORE: Karachi-based health-tech startup MedznMore Sunday claimed to have raised $2.6 million in seed round for its medicines and healthcare products delivery operations.

If true, this would be the largest ever amount raised by a startup in a seed round in Pakistan. Profit reached out to the startup to verify the veracity of the claim but a co-founder from the company, Asad Khan, refused to share any document verifying that their was, in fact, the largest seed round raised by a Pakistani startup.

Profit had earlier successfully verified the amounts raised by startups, with the founders sharing documents with the scribe confirming the amount raised during a financing round. This scribe subsequently announced it as a fact instead of a claim.

MedznMore, which began operations in August 2020, closed the seed round with participation from a syndicate of seasoned local and international angel investors, the company said in a statement.

The startup has been co-founded by Asad Khan, a senior Careem alum, and Saad Khawar, an e-commerce industry veteran.

Asad is a Duke University alumnus who left his post as general manager at Careem earlier this year to focus on his passion of making healthcare more accessible and affordable for the masses.  He is a seasoned healthcare industry professional with over ten years of experience in leading healthcare companies in the US and Europe, including as country manager the United Kingdom and Ireland for IQVIA in London.

MedznMore is building an impressive team by attracting top talent from the likes of Daraz, Careem and other leading e-commerce players, which will allow the company to scale quickly leveraging knowledge from the wider ecosystem as well as addressing existing customer pain points.

It is currently operational in Karachi, with plans to launch and expand throughout Pakistan.

According to Asad, at MedznMore, they want to solve the chronic problem of counterfeit drugs in Pakistan.

“In order to ensure 100 per cent authenticity, all our medicines are procured either directly from the manufacturer or authorised distributors. In addition, we want to make the process more convenient than your local pharmacy, ensuring order delivery within four hours at the most affordable prices.”

Saad Khawar, who co-founded MedznMore and previously worked as the head of product for Dawaai.pk, said, “At MedznMore, we are building a product that is based on the best technology stack, backed with operational efficiency and a well-managed logistics engine coming together seamlessly to provide our customers with an amazing experience.”

The company has ambitious plans to build a platform with comprehensive healthcare verticals over the next coming months.

Asad said, “Healthcare is one of the last few frontiers where technology hasn’t disrupted entrenched practices, which are complex, confusing and inconvenient for the consumers of healthcare services. Over the next few months we will be bringing in diagnostic, telehealth and personalized health insurance products, so customers can benefit from a one window solution for all their healthcare needs.”