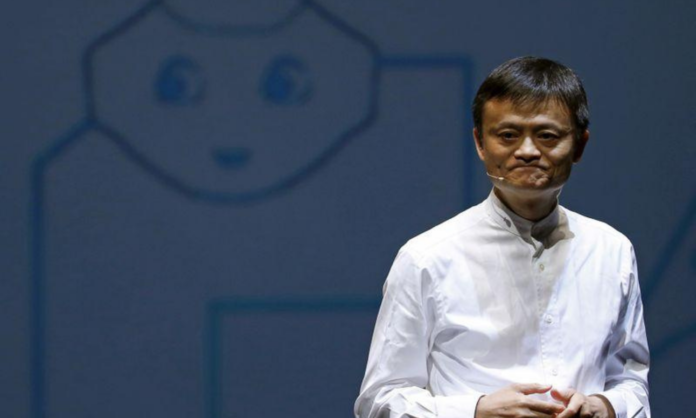 SHANGHAI: The mammoth dual listing for Chinese fintech giant Ant Group will be the world’s biggest, according to a pricing determined on Friday night, Alibaba founder Jack Ma said on Saturday.

“It’s the first time that the pricing of such a big listing — the largest in human history – has been determined outside New York City” he told the Bund Summit in the eastern financial hub of Shanghai.

“We didn’t dare to think about it five years ago, or even three years ago. But a miracle just occurred,” he told the audience, which included officials from China’s regulators.

He did not give exact details of the pricing which is expected to be officially announced next week.

Backed by Chinese e-commerce giant Alibaba, Ant plans to list simultaneously in Hong Kong and on Shanghai’s STAR Market in the coming weeks.

Sources have said the listing could be worth $35 billion, surpassing the record set by Saudi Aramco’s $29.4bn float last December.

Ma said the financial and regulatory system stifles innovation, calling for a revamp to extend financial services to more small firms and individuals on the basis of technology — an ethos that Ant is largely based on.

He said the global system established after World War II is outdated and too risk-averse, calling the Basel Committee on Banking Supervision “an old men’s club” and warning that risks are accumulating in the whole economy.

BRUSSELS: Britain’s emergency approval of the experimental COVID-19 vaccine being developed by Pfizer and BioNTech is “problematic” as it was done too hastily, a...
Read more
World Business News

PARIS: The outlook for the global economy is improving despite a second wave of coronavirus outbreaks in many countries as vaccines emerge and a...
Read more
World Business News

FRANKFURT: Pfizer Inc and BioNTech have applied to the European drugs regulator for conditional authorization of their COVID-19 vaccine, following similar steps in the...
Read more
World Business News

SEOUL: Samsung Electronics Co Ltd may discontinue its premium Galaxy Note phone next year, sources with knowledge of the matter said, a move that...
Read more

December 2, 2020
BRUSSELS: Britain’s emergency approval of the experimental COVID-19 vaccine being developed by Pfizer and BioNTech is “problematic” as it was done too hastily, a...