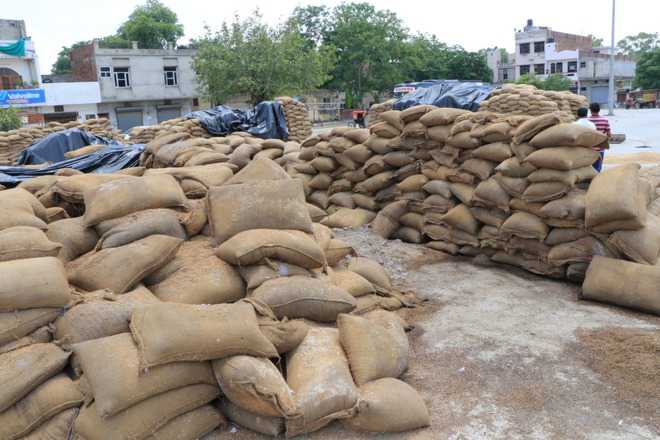 The teams also conducted raids at different food department centres, wheat purchase centres and warehouses in Kashmore and Kandhkot, taking their records in its custody.

According to the accountability bureau officials, they found hundreds of bags missing from the wheat stock.

“Around 60,000 bags of 100kg wheat were found missing from the food department’s centres. The value of untraced wheat bags is around Rs250 million,” they said.

Earlier, NAB Sindh chapter had recovered more than Rs10 billion under the inquiries opened against the provincial food department for the theft of wheat worth more than Rs15 billion.

A report released by NAB showed that nine inquiries were opened against Sindh Food Department in Sukkur as wheat worth more than Rs15 billion had been stolen in nine districts; however, flour mill owners plea-bargained Rs2.112 billion during investigations.

It emerged that wheat worth Rs745.680 million had been sent to Karachi from nine districts of Sindh while the stocks vanished during its transportation. The anti-corruption watchdog received money worth Rs8.126 billion for the wheat acquired on 180-day credit.

The complaints of wheat theft were filed from Sukkur, Larkana and other districts of Sindh.

The investigation exposed Rs5.355 billion irregularity in terms of wheat stocks from the government go-downs which gave financial dent to the national exchequer up to Rs10.612 billion.