Recruiters warn jobseekers not to fly to Dubai without work offer 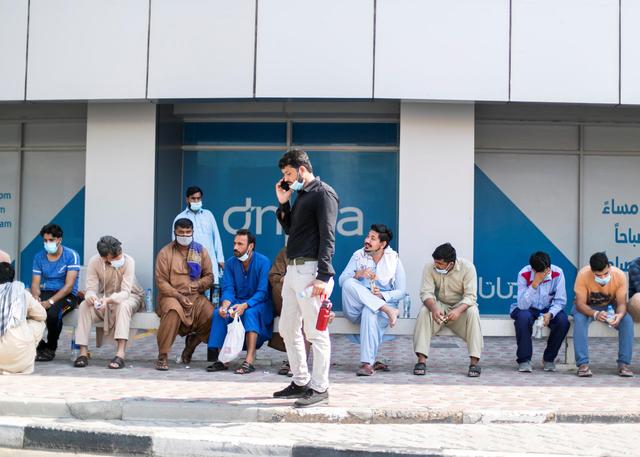 DUBAI: Jobseekers and newly hired workers have been urged not to fly to Dubai without valid work permits or risk being turned back on landing.

Recruiters said companies that would normally bring in new recruits on visit visas, then transfer them to a residency visa, must avoid the practice. In addition, they warned jobseekers using tourist visas to hunt for work faced being flown home.

The advisory came after 1,370 Pakistanis and up to 250 Indian citizens were denied entry into Dubai this month and held at the airport for failing to meet entry requirements. Immigration authorities interviewed the passengers on arrival and those who did not have sufficient funds – at least Dh2,000 – proof of accommodation or a return ticket were flown back to their home country.

The majority were blue-collar workers who had travelled to the UAE on a tourist or visit visa with the intention of seeking employment.

At present, the UAE will only issue work permits for government or semi-government staff, as well as domestic workers.

Recruiters said there was a high demand for workers in the private sector but that it was not worth “risking it” by bringing candidates to the Emirates on visit visas.

“It’s recommended that the workers wait until work permits and employment visas start being issued again,” said Sheraz Mughal, a spokesperson with Al Namas Corporation, a labour supplier that recruits 300 to 400 Pakistanis for UAE companies per year. “A lot of companies used to bring these workers here on visit visas and then transfer them on an employment visa, but that’s not a risk anyone wants to take now.”

“The workers who were sent back were trying their luck and hoping they could find a job while on a tourist visa, but it is not the proper way. We have to wait for work permits to be available again.”

Overseas Labour Supply, a UAE company that has recruited 140,000 workers in the past four decades, has clients in the private sector that have requested workers. “With Covid-19, the industry has gone upside-down,” said Mohammed Jindran, managing director.

“Employment visas haven’t started yet – only for government or semi-government, so these workers are probably coming and taking the chances [with tourist visas] because they know there is a shortage in the market and that is the main motivation.

“Once Dubai opened visit visas, it motivated a lot of people to come to look for jobs. But, if you’re coming on a tourist visa, you should be a tourist and you should have the means to support yourself.” The Consulate General of Pakistan in Dubai is discouraging job seekers from attempting to enter the country on tourist visas.

“We are advising our nationals to complete all visa formalities before boarding,” said Gayan Chand, deputy consul-general. The Indian consulate in Dubai has a similar message for its citizens and is urging them to abide by the emirate’s visa laws.

Indians can use the e-Migrate services, an Indian government initiative that connects job seekers with employers, to get a job and employment.