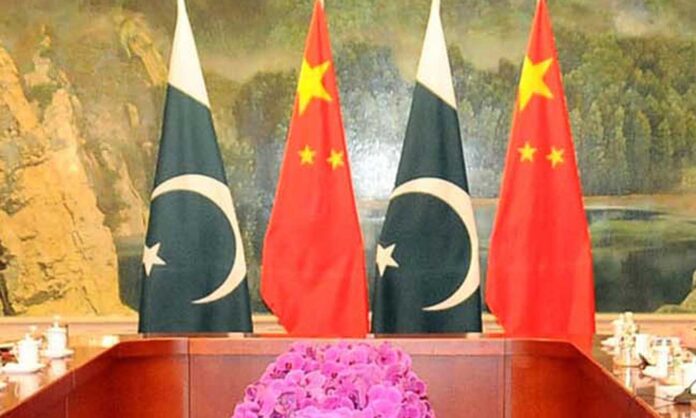 KARACHI: Pakistan’s Consul General in Shanghai Hussain Haider has stressed the need to focus on value addition in order to increase Pakistan’s exports to China.

Speaking at a webinar organised by the Karachi Chamber of Commerce & Industry (KCCI) in collaboration with Pakistan’s Consulate in Shanghai, Hussain Haider pointed out that raw materials like copper and articles worth $551.2 million along with cotton yarn and fabrics valuing $351.95 million were the top products exported to China in 2019, whereas exports of value-added products like knitted apparel and woven apparel stood at $47.49 million and $31.38 million, respectively, which clearly indicates that Pakistani exporters are mostly tilted to exporting raw material instead of value-added products.

This first moot was part of a series of webinars scheduled to be organized by KCCI to promote trade and investment cooperation with countries around the world. The webinar was attended by KCCI President Shariq Vohra, SVP Saqib Goodluck and VP Shamsul Islam Khan.

Haider informed that YRD region in China, which comprises four provinces namely Shanghai, Jiangsu, Zhejiang and Anhui, is the most technologically advanced region with highest per capita income and highest contribution to Chinese GDP. “This is the region where Pakistani exporters must focus in terms of value addition, besides giving attention to digitalization, as it has been observed that digitalization for both business-to-business (B2B) and business-to-consumer (B2C) has predominantly increased in the YRD region.”

He informed that the Pakistani Consulate in Shanghai has identified numerous sectors, including textiles & clothing, value-added textiles, garments, made-ups, medical & surgical equipment, sports goods, inflatable balls, exercise equipment and outdoor games equipment, leather apparel, articles of leather including trunks, suitcases, briefcases and vanity cases, etc, in which Pakistani manufacturers already have the expertise and they will certainly be able to capture a sizeable share in the Chinese markets.

He was of the opinion that the sister city status between Karachi and Shanghai can also provide a basis of economic cooperation. To further strengthen trade and investment cooperation between Karachi and Shanghai, the Karachi Chamber and Shanghai Chamber should sign the much-awaited memorandum of understanding through an online forum, as the said MoU, which was initiated in April 2020 and concurred by the two Chambers in August 2020, suffered delay due to the outbreak of Covid-19 pandemic.

Speaking on the occasion, KCCI President Shariq Vohra noted that YRD region in China is one of the richest regions which contributes 20pc to the Chinese GDP growth and has been through massive development which is likely to attract investments of up to billions of dollars from all around the world.

“Hence, we will also have to look for trade and investment opportunities for Pakistani business and industrial community in this particular region in order to benefit from the situation,” he added.