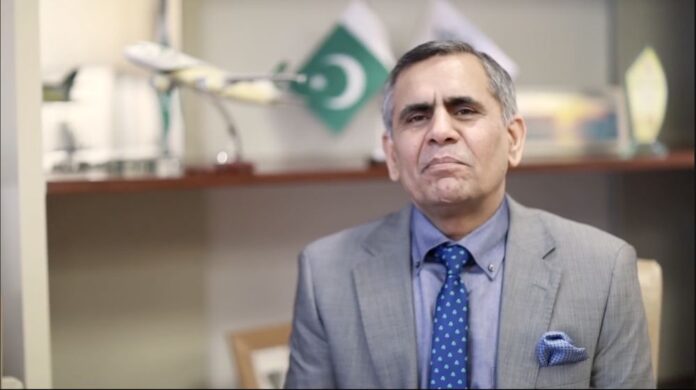 The PIA CEO said this while addressing a ceremony at the Lahore Chamber of Commerce and Industry. LCCI President Mian Tariq Misbah, along with other senior officials and members of the business community, was also present on the occasion.

Malik said the airline had reduced the numbers of domestic flights after observing that the people had started using roads following the construction of motorways. “PIA made a profit in September and October and we will only maintain those routes where business is high,” he added.

He informed that the government has formed a committee to restructure the national flag-carrier, adding that a merit-based policy for the staff is being formulated under which golden handshakes will be given to around 3,000 employees.

“Every Pakistani knows that PIA is overstaffed. One solution is to fire them but we are trying to manage this in a responsible way. We are taking strict actions against those who are not on merit, besides those with fake degrees.”

He said despite financial constraints in the wake of Covid-19 crisis, PIA did not terminate a single employee.

“Unlike in the past, all decisions are now being taken by mutual understanding and there is no political interference at all,” the CEO maintained. “PIA is upgrading its fleet to ensure maximum facilities for the passengers.”

On fake licences of pilots, Malik said that action has been initiated by the Civil Aviation Authority (CAA).

“Since PIA is the operator, CAA is looking into the matter. As many as 141 pilots were reported in fake degrees case and PIA has so far dismissed 30 pilots, while no decision has been taken about 16 pilots yet.”

Malik admitted that the report on the Havelian accident came in late, but said that the airline has improved its engineering setup.

“PIA is not panicking… steps are only being taken to facilitate the passengers. We have not received any subsidy from the government for a year,” he concluded.

Earlier, a memorandum of understanding was signed between PIA and LCCI to promote mutual cooperation.

“LCCI is keen to promote business relations with PIA so that its members could have the best facilities for domestic and foreign travel,” said LCCI President Tariq Misbah.