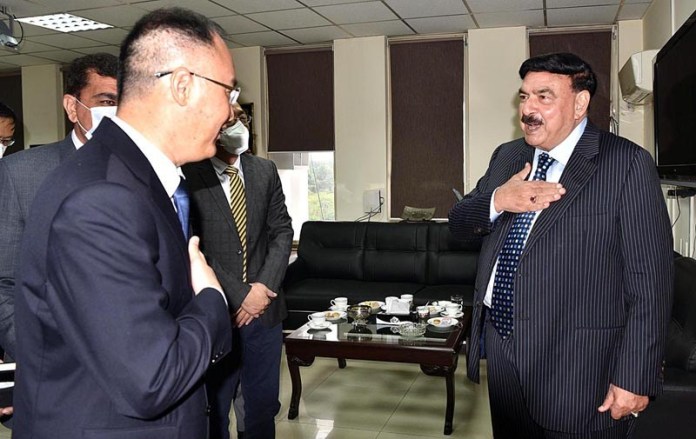 The understanding came at a meeting between Railways Minister Sheikh Rasheed Ahmed and Chinese Ambassador to Pakistan Nong Rong in the federal capital on Monday.

Sheikh Rasheed said that the ML-1 project will bring about a revolution in the railway department, besides creating new business and employment opportunities in the country.

The minister thanked the Chinese ambassador for his country’s continued support for the ML-1 project, saying that the mega project would further strengthen the Pak-China relations.

Earlier, the railway minister welcomed the new Chinese envoy to the Ministry of Railways by presenting a bouquet of flowers to him.

Speaking on the occasion, the Chinese ambassador expressed his wish for further improvement in Pak-China relations, saying that the China-Pakistan Economic Corridor project was a manifestation of the long-standing relationship between the two countries.