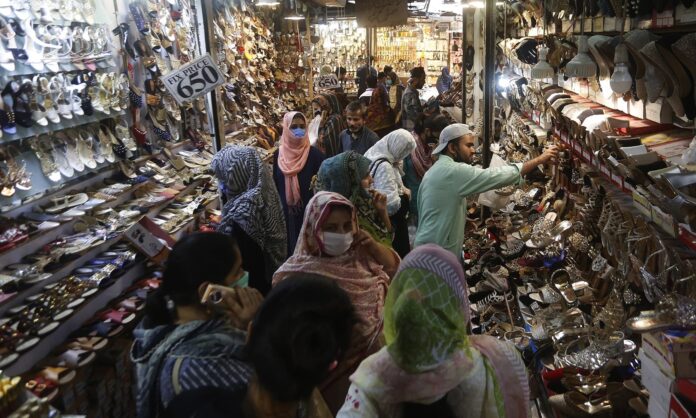 LAHORE: Markets and shops in Lahore are likely to be closed by 6:00pm, as the Punjab government has made a decision in this regard.

The provincial government, however, has not made any official statement over this till the filing of this report.

The shops were reportedly being given a closing deadline as standard operating procedures (SOPs) were not being followed, sources said.

Meanwhile, Lahore Chamber of Commerce and Industry President Mian Tariq Misbah yrhed the government note to take this decision, as the markets would become overcrowded if business hours were reduced.

He said traders were ready to follow the SOPs to the fullest extent.

The Punjab government has finalised a string of measures, including allowing half the government employees to work from home, to stem the second wave of the coronavirus.

Several cities in the province were witnessing a spike in daily Covid-19 cases, according to an official survey. The cities where the positivity ratio of infections was high included Lahore, Faisalabad, Multan and Rawalpindi.

Earlier in the day, Federal Minister for Education Shafqat Mahmood said that all schools across the country will remain closed from November 26 till January 10, 2021 in the wake of rising coronavirus cases in the country.