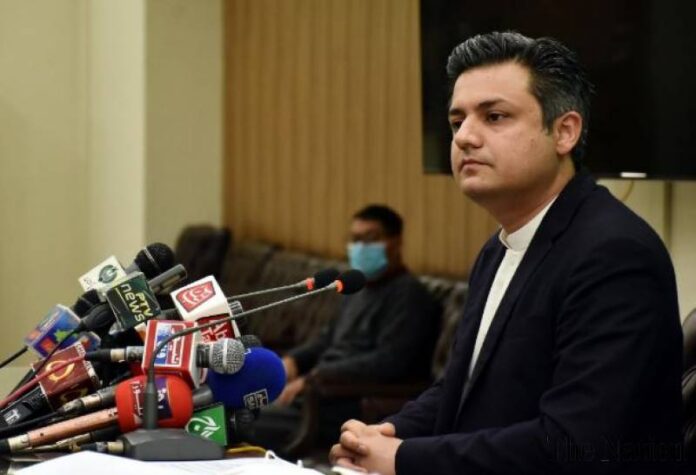 ISLAMABAD: Federal Minister for Industries and Production Hammad Azhar on Saturday rolled out a restructuring plan for Pakistan Steel Mills (PSM), according to which the mills would be run through private sector management to make it into a profit-earning organisation.

Addressing a press conference, the minister said that the government had to take hard decisions to check losses inflicted on the national exchequer through State-owned Entities (SOEs) which he said amounted to around Rs200 billion, more than the country’s defence budget.

The minister said the government wanted to make it profit earning organisation by involving the private sector and reducing over-staff.

He said the government would hire a financial advisor, through a transparent bidding process, with whose consultation the Privatisation Commission would proceed forward to bring the PSM under private sector management.

Initially, he said, around 4,500 employees out of 9,500 would be laid off in the first phase, followed by the next phase that would result in laying off of 95 existing employees of the mill. Each employee would get an amount ranging from Rs2 million to Rs 3 million. The total dues to be paid have been estimated at around Rs10 billion which would be paid timely.

He was of the view that had the decision been taken at an appropriate time, billions of rupees would have been saved that could have been utilised in development funding.

Azhar lamented that PSM had been non-operational for the last five-and-half years yet the government had to pay employees’ salaries and pensions totalling billions.

“The government had to pay Rs35 billion as salaries of a closed mill and Rs20 billion in pensions to retired employees, bringing the total amount to Rs55 billion,” he said.

“PSM’s operational capacity was reduced to 40 per cent during the Pakistan Peoples’ Party (PPP) government in addition to registering a loss of around Rs100 billion in the party’s tenure,” Hammad Azhar said, adding that the PPP had inducted thousands of employees in the mills which was beyond its capacity.

Likewise, he added, operational capacity was further reduced to 20pc and then to a meagre 6pc and ultimately during the Pakistani Muslim League-Nawaz (PML-N) government’s tenure before being closed down in 2015.

The federal minister said that the political parties that were responsible for making the PSM a loss-making organisation would now play politics on the issue, however, the government’s decision was in the national interest.

In addition, he said that PSM had Rs230 billion debt liabilities and was inflicting losses of Rs15-20 billion annually, while Rs750 million were being paid to employees as salary. In addition, Rs92 billion were spent on bailout packages of the mill.

In response to a question, the minister was of the view that managing a business was not the government’s job, hence the PSM would be managed by the private sector with the proper technology, proper management and adequate manpower.

He said that the private management would transform the Pakistan Steel Mills from a loss-making organisation into a profit-earning mill in addition to getting it to stand on its own feet.