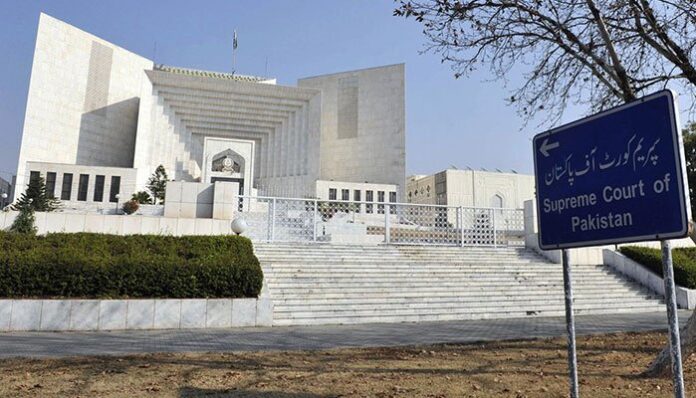 ISLAMABAD: The federal government has directed the Law and Justice Division to file a reference under Article 186 of the constitution in the Supreme Court (SC), seeking clarity and guidance over parliamentarians being barred from being on the Public Sector Entities (PSE) Board of Directors (BoD).

According to sources, the Minister for Law and Justice Farogh Naseem briefed the federal cabinet that parliamentarians represented on the board in ex-officio capacity or pro bono basis can be hit by the Article 63 (1) of the constitution.

The Cabinet has also directed the department to ensure that the government’s viewpoint is proactively presented before the apex court.

Sources said that Farogh while briefing the Cabinet on the issue, highlighted that under Article 63 (1) of the constitution, a person will be disqualified from being elected as and from being a member of the parliament if he holds any office of profit in the service of Pakistan other than an office declared by law not to disqualify its holder or if he is in the service of any statutory body or anybody which is owned or controlled by the government, or in which the government has a controlling share or interest unless a period of two years has elapsed since he ceased to be in such service.

He informed the Cabinet that the attorney general of Pakistan (AGP) has also endorsed this interpretation of Article 63 (1) of the constitution.

Sources added that Minister for Energy Omar Ayub Khan had earlier quit the chairmanship of the Private Power Infrastructure Board (PPIB) in the light of Law and Justice Division’s opinion on the said matter.

Profit also learnt that cabinet members have expressed their desire in the said cabinet meeting that if parliamentarians represented on the board in ex-officio capacity or pro bono basis, they should not be hit by the Article 63 (1).

Similarly, these members were of the view that there were a number of acts whereby the minister, in his ex-officio capacity had been made chairman of the board.

In the past, ministers, senators and MNAs had held positions in the boards of the PSEs.

It may be mentioned here that Farogh Naseem had solicited the Cabinet’s approval to file a reference to the Supreme Court.