The fortune at the bottom of the digital pyramid 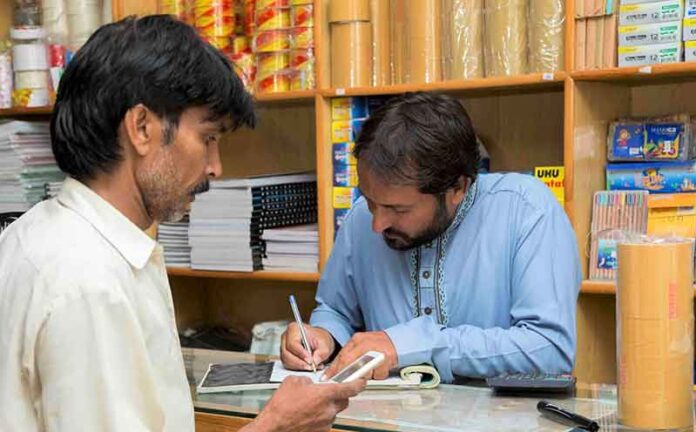 The majority of Pakistan’s online users are poor and not formally educated. There was a time not too long ago when having a phone was an indicator of class, and the same went for internet connected smartphones. However, the number of Pakistanis using the internet has increased over the last five years drastically. This is because you no longer have to be affluent to have a smartphone and use the internet.

This also means that a large chunk of the people using the internet in Pakistan are navigating interactive devices like smartphones for the first time in their lives. Almost none have bought anything online yet. Very few use any apps other than Whatsapp and Facebook.

Who are these people? For most of our readers, it is simply a question of looking around. These new users of the internet include our drivers, cooks, chowkidars, office boys, beauticians, electricians, gardeners, shopkeepers, and sales staff at retail stores. They have not been very visible online to us because they are not particularly visible to our sensibilities offline either. But they are growing and interacting with each other and creating their own experience of what the internet is like.

Most of them cannot afford persistent internet connectivity, with at least three quarters of them unable to have stable internet connections. While many lower and lower middle class users have mastered and in fact appropriate apps like TikTok and other social media platforms, they remain in a digital realm away from the upper classes. This means that they are unable to use and navigate many of the websites and apps that we use to make our lives easier everyday. They are still trying to figure out how to use the majority of features on their newly acquired smartphones which are often older resource-constrained hand-me-downs.

Because of this, a few local online services have been built understanding their constraints. However, the efforts have largely been in vain. To install a new app on their smartphones, lower-income users typically have to uninstall other apps they use because they do not have space. Their phones crash routinely due to insufficient memory. They turn on their wifi whenever they can catch a free wave. Their 3G is mostly turned off and activated only when they most need it, like many of us do with our air conditioners.

There is a major language and user interface barrier. Many of these users are barely literate in Urdu and our English user interface jargon is a huge source of friction. A recent survey I conducted in worker colonies revealed that their primary mode of online communication is through voice notes on Whatsapp followed by Urdu messages. Some also use Facebook, Tiktok, Google, and Youtube. Many are neither aware of nor have ever used the web browser on their phones.

It is no secret that the number of Pakistan’s online users has skyrocketed during the last five years. To be more precise, out of 85 million connected smartphone users in Pakistan today, a staggering 70 Million came online just during the last five years. In the last year, e-commerce and mobile payments growth have swelled 300% to 400%, further propelled by the COVID-19 pandemic. A majority of these newly minted netizens have joined from the bottom of the socio-economic pyramid thanks to cheap second-hand Chinese handsets and widely available 3G/4G networks.

There are now 50 Million online smartphone-enabled people amongst our poorest where there were almost none 5 years ago. Let that sink in. Prevailing conventional wisdom amongst our local digital ecosystem is that this segment is not profitable and difficult to monetize. Thus the focus has been on our richest: those who order KFC on FoodPanda, buy eye shadow on Daraz, a DHA plot on Zameen or a bank executive job on Rozee. While our e-commerce market has rapidly grown to over USD $4 Billion annually, this growth has come almost entirely from the top 40% of our online users.The poor have been largely excluded from participating in the massive opportunity created by our quickly evolving digisphere. However, there are some very encouraging early signs of disruptive progress.

During the COVID-19 lockdown, the majority of daily wage workers were displaced as supply chains, businesses and affluent households closed their doors. The Rozee team and I spent considerable time in worker colonies digitally onboarding unemployed workers on to a donation platform we named Project Pakistan. We engaged 60 volunteers from worker communities armed with smartphones. They recorded videos of workers, assessed household incomes, digitally verified ID cards and did skills assessments. Our software identified the most needy of them. In three months, we digitally sent donations to 10,000 households consisting of over 60,000 people.This all happened with a core team of 5 people on Rozee’s side thanks to technology.

As the job market started breathing again, our next task was to get these people back into jobs. With the help of a small grant from UNDP, we launched Rozgar.pk — a blue collar job platform that took into account all of our learnings from digital KYC at Finja, the dynamics of online job platforms at Rozee and our recent learnings digitally onboarding poor worker households. We had learned that 25% of workers had 3G connected smartphones in some form or the other.

We took on the challenge of trying to crack seemingly insurmountable user interface barriers to let workers self-onboard using their smartphones. We re-thought user interfaces and how to build trust online at scale with this segment. We employed voice notes similar to what they send on Whatsapp several times a day. We added audio prompts in Urdu, Pashto and Sindhi to help navigate user interface elements. We used artificial intelligence to match selfies taken on their phones to their pictures on their ID cards. We used GPS coordinates to match them to jobs near them, realizing the tremendous burden that transportation puts on the poor.

One month after formally launching Rozgar.pk, over 34,000 workers had self-registered on the platform and more than 1,000 job offers were documented. I personally hired two gardeners, a delivery rider, an office boy and six painters. This would not have been possible even a year ago. Job placement has a profound impact on local economies. And the financial potential of a digital blue collar jobs platform with 50 Million participants is immense, especially considering associated services that can be provided to a digitally engaged community.

A Swedish company called Milvic BIMA has already sold 4 million micro-insurance policies to Pakistan’s poor using mobile technology. Starting at just Rs. 60 per month, it is a life changing product that is also financially rewarding for its sponsor. The company is valued at over USD $300 Million.

Similarly, the poor are also buyers and sellers with a massive aggregate spend. Virtually none of this is happening online, mainly due to the complexity, cost and literacy needed to use e-commerce technology. We launched a recent experiment called Dukan.pk which lets anyone with a smartphone setup an e-commerce website in minutes. It targets small businesses, many at the bottom of the economic pyramid. Our first customer, a shawarma stand in Ayubia Market, increased his sales from 15 shawarmas a day to over 100. Six other small stores in Ayubia market have now followed suit and started selling online using Dukan.

Hyper local digital commerce holds the key to bring millions of small retailers and home based businesses online. Finja, a fintech I helped co-found, has issued over 8,000 unsecured digital loans to kiryana stores and SMEs with zero defaults to date. No bank would touch them. These SMEs have grown their businesses and are now dreaming of new orbits.

Yet, as an ecosystem we have done little to truly facilitate digital inclusion of the poor. We need to remove barriers like costly NADRA e-verification fees so that it is feasible to virtually onboard people with low ticket sizes. Similarly we need to keep transaction fees free or as low as possible. We need to give the poor easier and cheaper access to credit. We need to help them get into jobs to support their households and communities. We need to include them in our rapidly growing e-commerce economy. And we need to educate them on their smartphones in local languages. These represent several lucrative billion dollar digital opportunities.

The fortune at the bottom of the digital pyramid represents the untapped spending of 50 Million people. Never before have we been able to reliably reach this segment at scale with very low incremental cost. They are hungry and eager to make progress in their lives. The plumbing is there to engage with them digitally today.

Foreign companies like BIMA from Sweden and Facebook, Whatsapp and Google from the US have already created value for them. They have proven that this segment can also be profitably monetized. Early traction on Dukan, Rozgar and Finja shows that we are at the cusp of dramatic shifts in the economy. We need local solutions built by local tech entrepreneurs to accelerate this shift. Where are our Pakistani game changers?

Can shortsighted governments deliver the one-step economic reform agenda Pakistan needs for the long term: Eradicate monopolies and cartels, in both, the public and private sector?
Read more