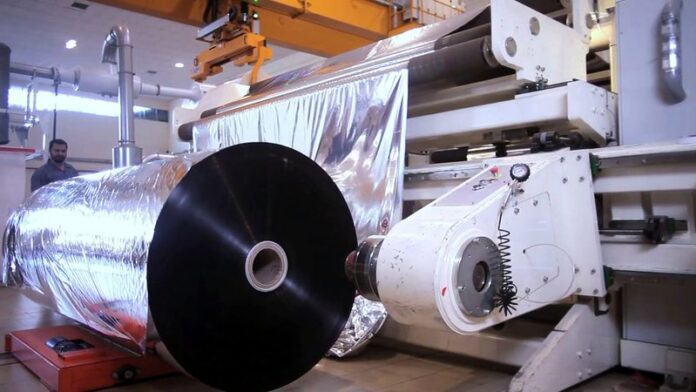 What is up with packaging companies all of a sudden investing in expanding their production capacity? To date: in a notice sent to the Pakistan Stock Exchange on December 2, film manufacturer Tri-Pack Films said that its board had approved investment in a new Biaxially Orientated Polypropylene (BOPP) film line. “The investment demonstrates the company’s commitment to ensure it caters to the increased demand of BOPP films in Pakistan,” the company said.

It is the amount of money that makes one pause: the new project is expected to cost Rs9 billion. It is to be financed mostly through debt, internal cash generation, and perhaps equity injection in the future. The production line is likely to start in 2023.

Though the figure seems random, in reality, this new production line is just one more step in Tri-Pack’s slow, methodical expansion over the last few decades.

Tri-Pack Films is a joint venture between Mitsubishi Corporation of Japan and Packages Ltd of Pakistan. It was set up in April, 1993 as a public limited company – today, the two companies hold 19% and 33% respectively, while IGI Holdings (another Packages company owns 10%). Its head office is based in Karachi and regional offices are located in Karachi, Lahore and Hattar.

The company started off making BOPP films. BOPP is derived from polypropylene, which is the world’s second most used commodity plastic. The ‘biaxially-oriented’ part comes from the fact that the polypropylene is stretched flat in two directions. BOPP films can be white, metal-colored, or clear. That is why it is often used to make transparent labels for clear containers. The material is also waterproof, and non-toxic, which makes it very useful as bottle labels, jar labels, and canning labels.

The company also makes CPP film, which is cast polypropylene. It is also derived from polypropylene, but has gained some popularity over the more widely used BOPP because it has a soft film, and some small barrier property differences.

Over the years, the company has fared well. Its revenue in 2014 stood at Rs13,597 million, before falling to the Rs11,000 million range in 2015 and 2016, before crossing the Rs12 million mark in 2017, the Rs13 million mark in 2018, and finally, the highest revenue in six year in 2019, at Rs14,683 million. Interestingly, the years with the highest revenue (2014, and 2019) actually correspond to the years that the company made a net loss of Rs200 million and Rs310 million respectively. Those two years saw higher financial charges, mainly because of an increase in the State Bank of Pakistan’s interest rate, and the depreciation of the Pakistani rupee. Except for 2017 and 2018, overall gross profit has increased over the years.

“In the year 2019, the profitability of the Company further deteriorated on account of volatile raw material prices, slow business conditions and  exchange rate hike and supply overhang situation in the market,coupled with the initiative taken by the new government to bring the economy back on track,” the company’s latest annual report ending December 2019 said.

On the bright side, the year 2020 seems to be looking up. According to the latest quarterly report ending September 30, the company made Rs10,954 million in the nine month period this year, compared to Rs10,623 in the same period last year.

“Significant improvement in demand was observed with the opening of markets post Covid related lockdown, which led to higher sales volume in the current quarter by 25% compared to same period last year. With this recovery in volumes in Q3, overall volumes for the nine months were in line with the same period last year.” Tri-Pack explained.

A healthier economy and lower interest rates mean that the company posted profit after tax of Rs254 million compared to loss after tax of Rs394 million in the same period last year.

Thus, leaving aside the difficult year that was 2019, the company is right to be positive about the year 2020. It also explains why the company feels comfortable taking the next step in setting up a new BOPP line, a field it already knows extremely well. Since 1995, the company has always set up a new BOPP line with a gap of six, three and nine years. This new line is coming after five years, corresponding to the general growth in the FMCG sector in the last two decades.