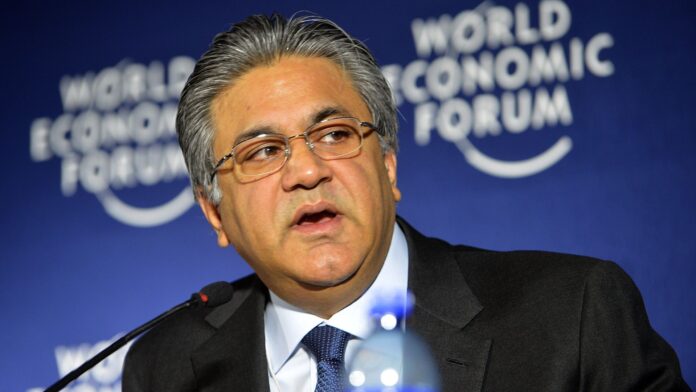 LONDON: Arif Naqvi, who founded the now-defunct Dubai private equity firm Abraaj Group, would not receive a fair trial in the US, a British court heard on Monday.

Arif Naqvi, 60, is facing a string of fraud and money laundering accusations in the US after the collapse of Abraaj. Liquidators estimate that the former chief executive, who denies any wrongdoing, defrauded a number of US-based investors, including the Bill and Melinda Gates Foundation, out of $385 million.

But Naqvi’s lawyers are fighting his extradition to the US on the grounds that it breaches the European Convention on Human Rights.

Michael Baldassare, a US defence attorney, testified on Monday that the Pakistani businessman would probably be denied bail despite assurances from the FBI and the Department of Justice that they would not oppose his conditional release.

Baldassare claimed US federal judges “are a law unto themselves” and may overrule assurances given in British courts.

“He is not a US citizen, he has a history of international travel,” he said. “In this case, the penalty is serious. I’m not saying Mr Naqvi is a flight risk, but under US law he is.”

The court heard Naqvi would probably be detained in Essex County Correctional Facility, in New Jersey, and would be tried in Manhattan.

Baldassare testified that coronavirus was rife inside the maximum security prison and a ban on face-to-face meetings inside the jail would make planning for Naqvi’s case difficult, given the complexity of the case.

“People are dying, lawyers are dying and nobody is really sure what is going on,” he said.

When asked if coronavirus restrictions would undermine a fair trial, Baldassare said the US justice system was chaos at the moment.

However, Mark Summers QC, argued that Baldassare was not presenting the “full picture” and highlighted the level of testing in US prisons.

He also argued that the level of coronavirus in the US could be different in six months’ time, when American authorities hope to have Naqvi in custody.

Another witness, US-based prisoner advocate Joel Sickler, testified that the Essex detention centre has a history of gang violence. “It’s thought to be a very tough place,” he said.

Naqvi was arrested in the UK last year and could face up to 291 years jail if convicted in the US, which his lawyers point out “amounts to an effective life sentence”.

In addition to human rights claims, Naqvi’s lawyers also argue that a substantial amount of his activity in the business was performed in the UK.

Abraaj, which claimed to have managed almost $14 billion in funds at its peak, was forced into liquidation in June 2018 after a group of investors commissioned an audit to investigate the alleged mismanagement of money in its $1bn health care fund.