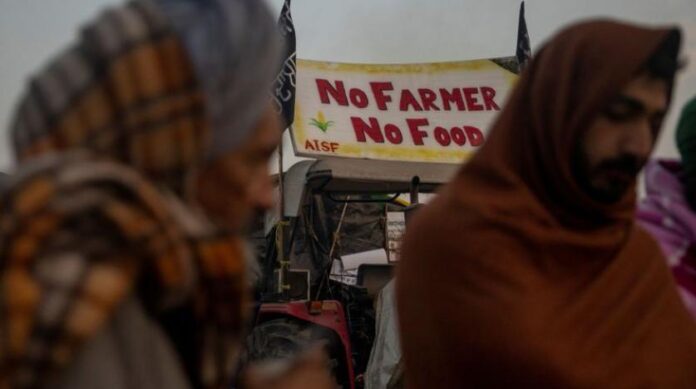 Modi’s government is urging the farmers to engage in further talks to end a deadlock which has led to thousands camping on the outskirts of New Delhi for more than three weeks.

The protests have blocked roads connecting the national capital with neighbouring states of Haryana and Uttar Pradesh, hitting public transport and the supply of fruit and vegetables.

Leaders called on their supporters to skip one meal on Dec. 23, in solidarity with the protests against new laws, approved by parliament in September without much debate, which farmers fear could pave the way for ending state procurement of crops, while helping big retail buyers.

Modi has defended the laws saying these would help increase farmers income as it would encourage more private investments in cold-stores, procurement and distribution.

More than 30 protesters have died in recent weeks, mainly due to the cold as they were sleeping in the open with temperatures falling to 4 degree Celsius, farmer leaders said.

“People should bang their utensils at home on Sunday when Modi speaks up on radio,” Jagjit Singh Dallewal, president of the Bharti Kisan Union, said.