Pak-Afghan transit trade accord to be finalised by 30th 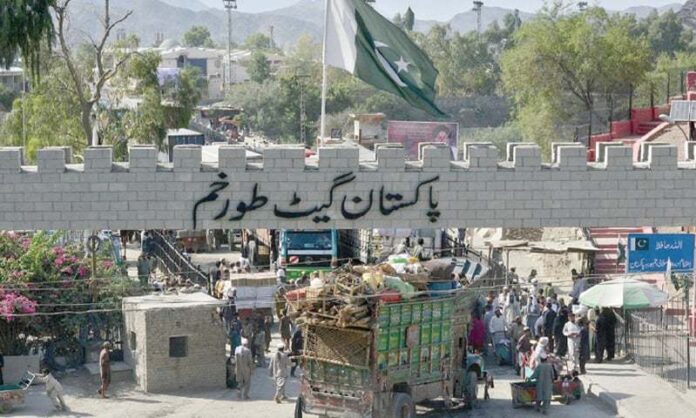 ISLAMABAD: With major negotiations on the Afghanistan-Pakistan Transit Trade Agreement (APTTA) already held, an Afghan delegation will be visiting Islamabad later this month to finalise the accord.

As per commerce ministry officials, the high-level Afghan delegation, scheduled to visit Pakistan from December 28 to 30, will also discuss the proposed Preferential Trade Agreement (PTA) between the two countries.

Another major agenda of the Afghan delegation visit is to establish ‘joint border markets’ to promote bilateral trade and business activities, they added.

“APTTA will expire in February 2021 and there is an urgent need to finalise a revised agreement,” an insider informed. “Negotiations on bilateral PTA and a memorandum of understanding (MoU) ceremony for the establishment of joint border markets will also be held on the sidelines of the 8th APTTA meeting to be held in Islamabad this month.”

The visit of Afghan delegation comes as a follow up of the previous meeting held during a Pakistani delegation’s visit to Kabul.

It may be noted that Adviser to Prime Minister on Commerce and Investment Abdul Razak Dawood was part of the prime minister’s entourage for an inter-ministerial delegation that went to Afghanistan last month for talks on the APTTA and possibilities of a PTA between the two countries.

Following the prime minister’s visit to Kabul, the Ministry of Commerce also started engaging all stakeholders on items to be placed on the proposed Pak-Afghan PTA.

Talking to media, the commerce adviser had said that PTA between two countries would be finalised by the end of January 2021, besides expressing hope that APTTA would also be signed around the same time.

Meanwhile, according to officials, a meeting on Pak-Afghan trade ties was held at the Ministry of Commerce on Monday wherein matters related to Pakistan’s trade with Afghanistan and the Central Asian Republics (CARs) were discussed.

Dawood briefed the session on his meetings with the leadership of Afghanistan during his visit to the country last month which preceded the visit of the prime minister to Kabul.

During the meeting, the adviser was apprised of the work being done to further the impact of these visits. It was informed that consultations with all stakeholders were underway to negotiate a PTA with Afghanistan. The adviser was further informed that work on the revised APTTA was in final stages.

The State Bank of Pakistan has decided to maintain the policy rate at 7 per cent for the next two months, the central bank's...
Read more
- Advertisement -

July 27, 2021
Pakistan’s exports of information technology grew by 47.4 per cent to cross the $2 billion mark for the first time in the country’s history...