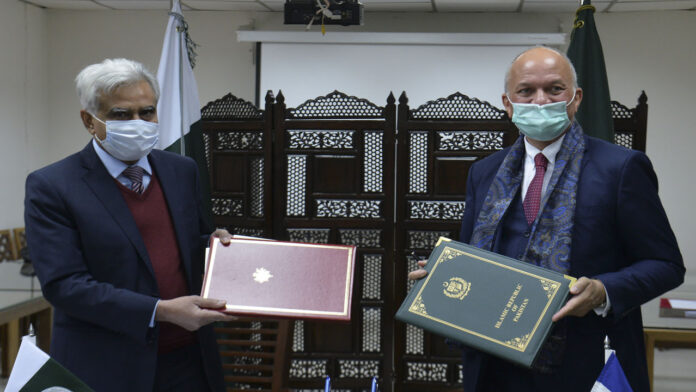 ISLAMABAD: The government has successfully negotiated and concluded rescheduling agreements with 19 bilateral creditors, including members of the Paris Club, under the Debt Service Suspension Initiative (DSSI).

According to a statement, debt rescheduling agreements were signed on Monday with France, Switzerland and China by Economic Affair Division Secretary Noor Ahmed. The signing ceremony was witnessed by senior embassy officials of these countries.

Speaking on the occasion, Noor Ahmed appreciated the debt suspension support provided by the G20 and Paris Club countries. He said it was timely and had helped Pakistan save lives and livelihoods of millions during the difficult Covid-19 times.

It may be recalled that the G20 countries, together with the Paris Club creditors, had announced DSSI to provide much-needed fiscal space to stressed countries in their fight against Covid-19. The government, taking advantage of this initiative, entered into negotiations with 21 creditor countries for debt suspension amounting to $1.7 billion.