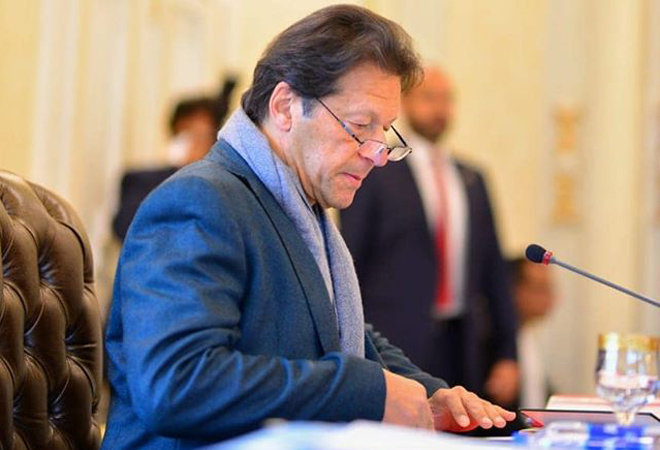 Prime Minister (PM) Imran Khan has said that the CPEC’s Main Line -1 (ML-1) project is set to shape road networks amongst sea ports of Pakistan and expedite exports by reducing at time of delivery, while the speedy delivery of exports to international markets will translate into revenue generation for Pakistan.

Chairing the project’s project survey session in the federal capital on Monday, the premier expressed satisfaction on the progress made so far.

The PM was briefed at length about the project by the Ministry of Railways and CPEC Authority chairman among other authorities concerned while Federal Railways Minister Azam Khan Swati expanded on the integration plan of ML-1.

The premier said that the ML-1 project will lay the foundation of an industry that will guarantee prosperity for Pakistan and employments, adding that it is by far the costliest project of CPEC.
Later in the day, the premier took notice of gas load shedding across the country while chairing a review meeting on the energy sector summoned after receiving public complaints pertaining to the suspension of gas supply to domestic and industrial consumers.

Federal ministers, special advisers to the prime minister and other concerned officials attended the meeting.

It is pertinent to mention here that gas supply disruption had hit industries after residential areas in Sindh, halting the production of a large number of industrial units in Sindh Industrial Trading Estate (SITE), Korangi, Landhi and Federal B Area.

Furthermore, the premier was briefed about the improvement in the power distribution system Minister for Energy Omar Ayub Khan, Special Assistant Tabish Gohar and Secretary Energy, after which he expressed satisfaction and said that the government is working on the targeted subsidy to provide cheaper electricity to the consumers.